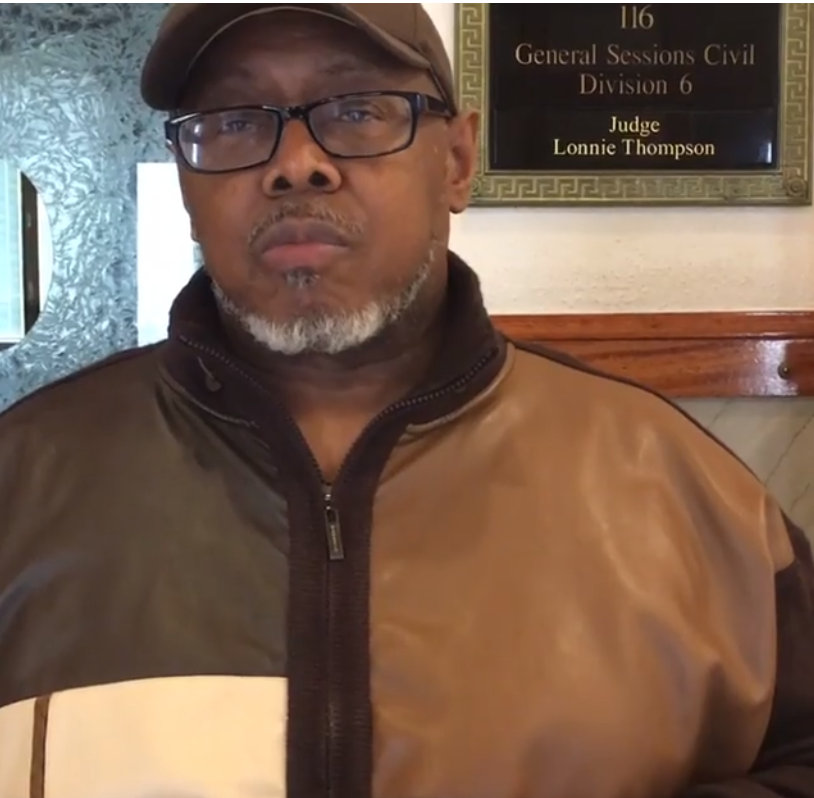 A man who is known as the “Cussing Pastor” on Instagram is thoroughly blasting singer and reality star K. Michelle over rape allegations and eviction notices.

The Cussing Pastor, whose real name is Thaddeus Matthews, questioned K. Michelle’s motives when she “viciously attacked” a Memphis judge over sexual assault accusations. He said the singer is lusting for revenge after the same judge previously ruled against her in a court case to have her evicted from a mansion after she fell behind in the rent.

K. Michelle, born Kimberly Michelle Pate, 33, had written on her Instagram page: “Memphians, next year I will be standing fighting for the two women that this judge has beat, locked in the closet, and slipped something in her drink,” she wrote referring to Judge Lonnie Thompson.

Memphians, next year I will be standing fighting for the two women that this judge has beat, locked in the closet, and slipped something in her drink. He often rules against most BLACK people and he has destroyed several African American Families. They have to stop throwing us in jail, judging us unfairly, and treating African American women any kind of way. This year is the year of action 2019. We must stop talking and act. Memphis we are strong we are better then this. I’m fighting for something, you should also!

The Cussing Pastor jumped into the fray and defended the judge while simultaneously blasting K. Michelle. He accused the singer of being a bitter woman who’s out for revenge because that judge sided with her landlord who wanted her out.

K.Michelle went on social media and viciously attacked a Memphis Judge with allegations that long been proven as lies. But her reason for attacking the judge is because he ruled against her in an eviction hearing. Michelle was renting a $2 million mansion where she was $70,000 behind in her $10,000 a month rent payments. After being given notice by the landlord to vacate she placed dog food in the attic to attract rodents, she also took Pink paint and painted the very expensive wood work. So that she can’t lie my sources has provided me with her complete eviction jacket. Later today I [email protected] posting her lease, the lawyer for the landlords summary against her,and the pictures of the vandalism of the property with the pink paint, also much more including the dog food placed in the attic [email protected] rodents. You sent me your post on the judge thinking that I would [email protected] your bullshit, nawl my skills as an investigative reporter kicked in and I called my sources and got the facts. Even though I am The Cussing Pastor, this is the work Of Thaddeus Matthews the 35 year vet Of both radio and Tv. The receipts will be shown at. Cussingpastor.blogspot.com

Matthews was hardly finished. He continued to put K. Michelle on full furnace blast as he called her a bad tenant with malicious intent and also said she caused damage to the owner’s estate. Moreover, Matthews says he has receipts to back up his claims.

Flip the page to see how The Cussing Pastor dissected K. Michelle like a biology class frog as he posted the supposed damage she allegedly caused to the mansion.