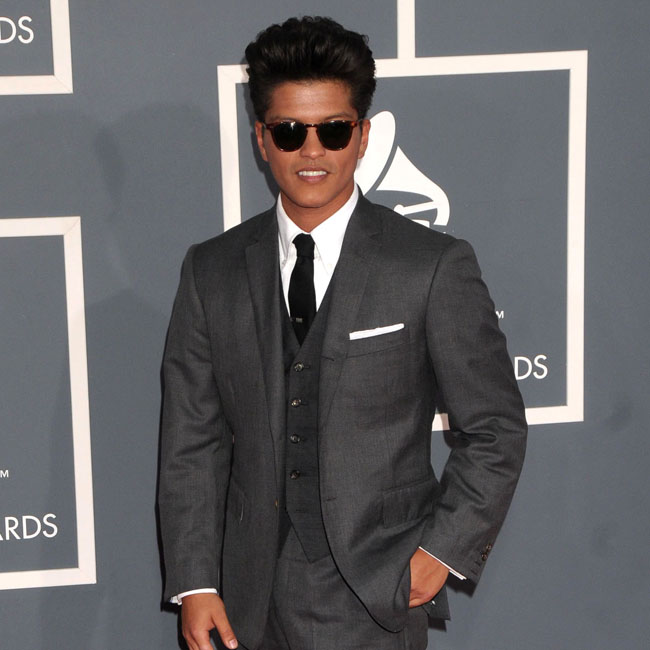 Bruno Mars dropped a lump sum of money on a nice present for his bandmates to show them how much he appreciates them.

The “Finesse” hitmaker splashed the hefty amount of $500,000 on customized watches for his band, the Hooligans. The style he selected was matching Audemars Piguet Extra-Thin “Jumbo” Royal Oak watches.

He wrote on Instagram: “My boys continue to show the world what time it is, and a band that sings together blings together! #AudeMARS #Hooligans #Squad 2019! (sic)”

Mars handed them over during the final stop of his “24K Magic World Tour” for 2018 in Las Vegas on New Year’s Eve, Dec. 31. Each watch was gifted to the band in a special commemorative box, which had the tour name engraved on it.

He didn’t need to buy his own watch as he is already the proud owner of the timepiece and wears it regularly, teaming it with other gold accessories he owns.

This wasn’t the only expense Mars has paid out recently. Over the Thanksgiving holiday, he provided the funding of 24,000 meals for people that live in Hawaii.

He donated money to the Salvation Army’s Thanksgiving Dinner program in the Hawaiian and Pacific Islands division and his contribution will “singlehandedly” be “expanding [the program’s] reach across the state” and will also ensure that people who are homebound will get the opportunity to get a free meal.

Major Jeff Martin, divisional leader of the Salvation Army Hawaiian and Pacific Islands division, said in a statement: “We are humbled and honored by this generous donation from Hawaii’s own Bruno Mars.

“Bruno is a shining example of how people in Hawaii step forward and take care of one another and we are grateful to him for his aloha and kokua.”