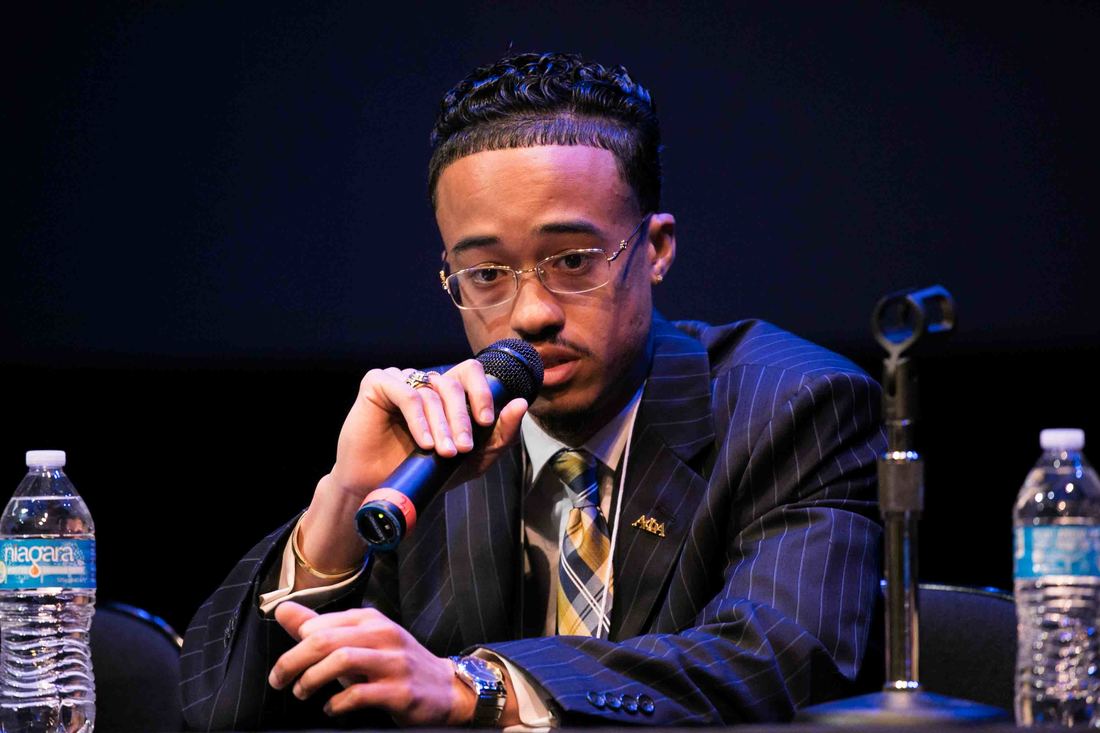 Though Dieter Cantu currently serves as the program manager for the Harris County Youth Collective, the 28-year-old never forgets that he was once sentenced to a detention center by the Texas Juvenile Justice Department.

His stint as a juvenile prisoner motivated him to attain his bachelor’s degree in public administration from the University of Texas at San Antonio and fight for juvenile justice reform.

He’s managed to become a TEDx Talks speaker and received a proclamation from the Bexar County Commissioners Court in 2018, declaring Feb. 13 as “Dieter Day” in San Antonio.

Rolling out spoke to the criminal justice crusader about his efforts and what inspires him.

Describe your background in the juvenile corrections system.

My first time ever being arrested, I received a 10-year sentence. I committed a robbery with three older kids who were adults. There is no PR [personal recognizance] bond system in place for juveniles, so all of them went to county jail and bonded out. They fought their cases from the outside and a year later beat their cases.

Me being a child, not knowing my rights and having a court-appointed attorney, they were talking about 25 years minimum. I did about four years in the juvenile detention center, and I did the rest on parole.

What were some of the issues that you encountered when you were locked up in the juvenile detention facility?

I noticed that the medical treatment was horrible. If you were disruptive, they overmedicated you. They gave you Seroquel and pills that make you feel like you’re a zombie just so you wouldn’t be disruptive. I remember having pink eye and strep throat, and they told me to just drink water.

Why did you start the Cantu Books for Incarcerated Youth Project?

I saw that the living conditions were the same from when I was in jail as a youth. [I was] just seeing uninhabitable living conditions and extortion going on. Aside from that, I noticed that there were still no opportunities or trades for youth [after] they [were] released.

I started to collect books at the university I was at, which was UTV San Antonio. From there, I started gathering a bunch of books that were nonfiction. They were law books [and books on] how to start a business, psychology, mental health. If I would [have] had that, I could have spent a lot more time figuring [out] the direction I was headed in life.

I went to speak at one of the state schools I was at when I was younger. The corrections officer who was there from years ago had moved up in position. He became the director of operations. I told him my idea, and he was, like, sure.

Besides creating the Cantu Books for Incarcerated Youth Project, what are some of the other things that you’ve done for juvenile justice reform?

I do a lot of stuff with dual-status youth right now. I work with a division of the county where we work with children who have been through CTS  and juvenile detention. It’s a very small population but a lot more sensitive. We’re just really doing policy changes based on educational issues, system issues, and being overmedicated.