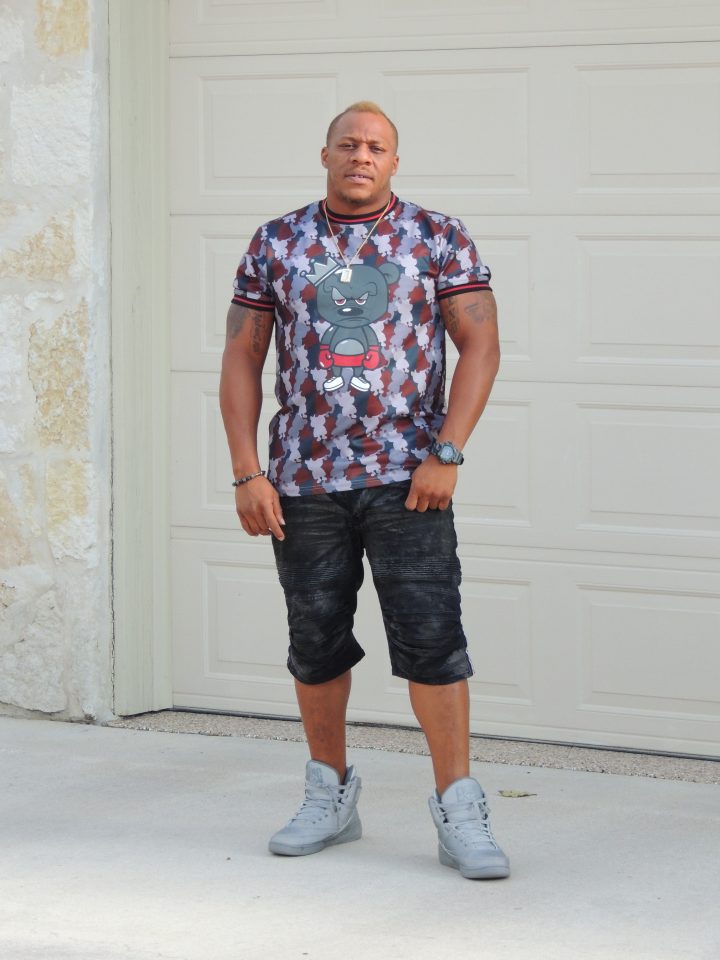 El Deadend Redd — one of Houston’s most prominent new rappers — has used his creative style of music to build a legacy and show the younger generation of artists that it’s possible to achieve their dreams.

Born Arthur Haller, Redd began his career writing hooks to songs for his late cousin Marcus “Allmighty Joe” Young. Soon after discovering his ability to write hooks, he collaborated with local producer V12 and released his first track “Fugazy” in the fall of 2014. With his controversial media personality, the independent music artist aims to redefine hip-hop in the South.

Rolling out had a candid conversation with him about another one of his passions: sneakers.

What was your first memorable sneaker purchase?

My first memorable sneaker purchase was a pair of Nike Air Jordan 1 Retro High. They were red and black, of course. It was the first time I purchased my own shoes. I was about 19 years old. That purchase was so important to me because it taught me how to want something and how to work to earn the money to buy it the right way. Until then, I never understood what people meant when they said, “nothing feels better than paying your own way.”

Coming [from] where I come from, if you didn’t have it, you took it. You give in to the pressures of being around other kids with expensive shoes [who were] always [wearing] stylish clothing. [That] sometimes created pressure, pressure to keep up with ever-changing styles and newest trends. I was one of the kids that would either rock Pro Wings or hand-me-downs. Any expensive brand-name pair of shoes I had up until then, I got from one of two ways: strong arm[ing] someone else’s shoes or borrow[ing] them from friends.

The sad part is I never even liked Jordans. I [was] a popular jock and played drums. I was 6-foot-1 and noticeable when I walked into the room. I was 235 [pounds], and I stuck out. [Because of my status as a] popular kid, it was far worse for me [to wear a pair of] Shaqs, [than it was for] someone [who didn’t receive as much] attention.

Have you ever donated any shoes? If so, why and what was the occasion?

Yes, I’ve donated shoes. I donate them at least twice a year. I started doing this about four years ago. I would clear out my closet [and] most times the shoes were fairly new, not really worn. I would take them to the transition homes for men coming home from prison. I have done that two years in a row. In total, over 60 pairs.

I participated in back-to-school events with my old middle and high schools. I gave new and used shoes to students with big feet. I know what it is like to wear a large size. Oftentimes my parents couldn’t afford shoes, as the size 13s were more expensive than the regular sizes. When I needed hand-me-downs, no one had size 13 available. I was able to bless kids every year with shoes.