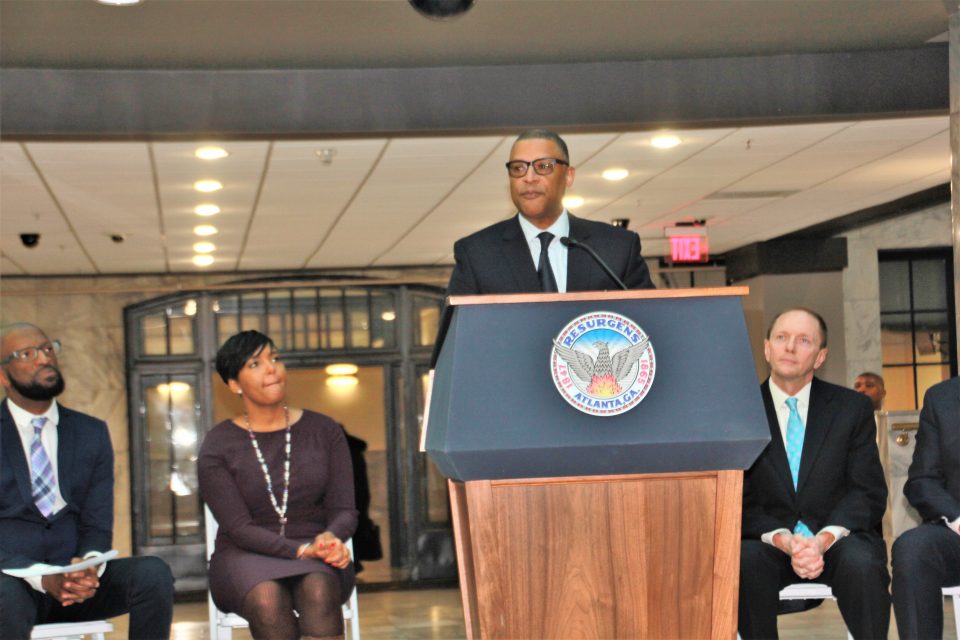 Sports executive and entrepreneur Arthur McAfee is one of the most accomplished and decorated men in sports, and he didn’t have to strap on a helmet or hit a home run to rise to that enviable height.

This Morehouse Man’s “All-Star-level” career is the result of mastering both the business side and behind-the-scenes aspects of the wide world of sports.

A Howard University Law School graduate, McAfee is a founding partner of The McAfee Group, a consulting firm that advises sports leagues and organizations, including the U.S. Women’s National Soccer Team Players Association and the USA Track & Field Athletes Advisory Council. McAfee has also been a staff counsel for the NFL Players Association and an enforcement representative for the National Collegiate Athletic Association.

McAfee also taught sports law, contracts, and negotiation at Georgetown University and the University of Pennsylvania.

Today, as the senior vice president of player engagement for the National Football League, McAfee runs the department that serves, educates, and assists current and former players and their families in achieving a successful, well-balanced, and healthy life during and after their playing experience.

Like his father, McAfee saw the business side of sports as a way to positively impact many athletes’ lives from a holistic, multipronged and long-lasting standpoint.

“My father was a sports director. So I saw sports as a business,” McAfee, an Atlanta native, said during an interview with rolling out after speaking at the Super Bowl Gospel Celebration news conference at Atlanta City Hall. “I was behind the scenes most of my life. So, in a way, this is a continuation of the family business. We don’t actually own a [family] business, but this is our family business.”

Through his role with the NFL, McAfee is able to create initiatives that are designed to enlighten and edify students at historically Black colleges and universities about the multitude of opportunities available for those who love sports as much as McAfee’s family does.

“Through the HBCU initiative, we have an opportunity to tell students what the business of sports is — marketing, journalism, IT, event planning — all of those things that happen within a sporting event,” said McAfee, who earned his undergraduate degree from Morehouse College. “We try to create that awareness everywhere we go. We try to create those pathways for people who play sports and to get them to recognize that there are other things in sports outside of playing and coaching.”

McAfee is delighted to return to his Atlanta hometown, which happens to be the site of Super Bowl LIII at Mercedes-Benz Stadium. Amid the blizzard of activities leading up to America’s most-watched TV event, McAfee will facilitate the Super Bowl Gospel Celebration, and make a stop at his beloved alma mater.

McAfee will facilitate a discussion about social justice and corporate responsibility at Morehouse College before hosting a community-oriented event at The King Center on Auburn Avenue as part of the “The King Center for Love” conversation.