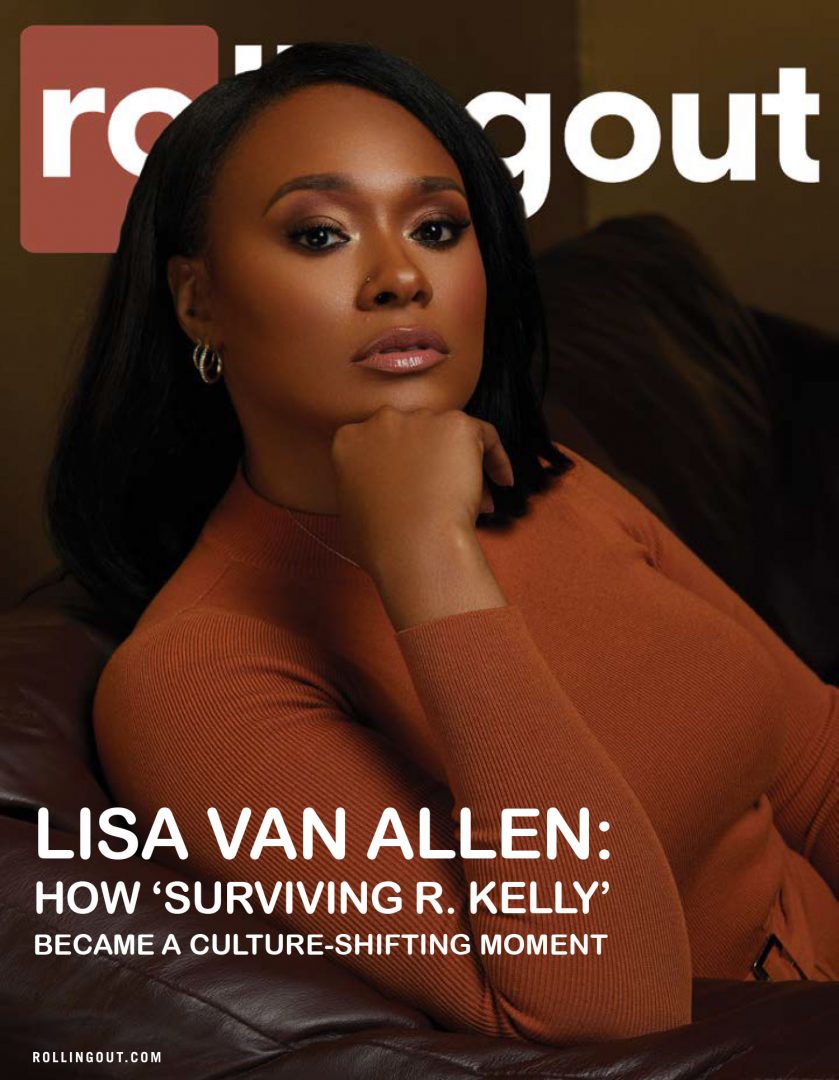 Tears rolled down the faces of women as they watched one victim after another share their gut-wrenching accounts of mental, physical and sexual abuse. The trauma could no longer be suppressed. The hurt remained real.

On the night of Jan. 5, 2019, rolling out hosted a private screening of “Surviving R. Kelly” in Atlanta. The disturbing docuseries focused on the abuse R. Kelly experienced as a child; his controversial marriage to singer Aaliyah when she was only 15; his child pornography case stemming from a sex tape allegedly involving a 14-year-old girl; and accusations that the “I Believe I Can Fly” singer held women captive in his homes in Chicago and Atlanta. The revelations caused many viewers to relive the same pain they were forced to endure in past situations.

“It brought back what I had been through, a personal experience of being sexually assaulted,” attendee Iyanna Bailey revealed after the screening
Lisa Van Allen, who appeared in “Surviving R. Kelly,” was also in attendance at rolling out‘s screening. The Atlanta woman was a teenager when she met R. Kelly — who was in his 30s at the time — and they eventually began a sexual relationship.

“When I first met him he asked me right away how old I was. I told him I was 17,” Allen recalled during an exclusive interview weeks later. “The first thing he asked me was, ‘Will your mother let you come to Chicago?’

“Once I contacted him, he asked me when I could get to Chicago. Immediately, he wanted to know when I could get up there. I was working at the mall, so the next day I had off, I told him I would be able to come up. He had his assistant send me the money, and I had to book my flight myself. Back then, I didn’t think anything of it, but now I see why. Because I was 17, he didn’t want to book it himself.”

With no one in her family really questioning the invitation, the teenager was left to decide for herself. She flew from Atlanta to Chicago to meet a man nearly twice her age.

“I’m not really in contact with a lot of my family members, but I did tell my adoptive mother the truth, that I was going to see him,” Van Allen said. “The first initial trip, I was 17 years old. Her mother was sick, and I just think she really didn’t want to fight with me about it. She didn’t say I could go or I couldn’t go, and Rob [Kelly] and his team made it really easy for me to get there.”

Initially, Van Allen did not see any signs of questionable behaviors by Kelly. “When I first got involved with him, there weren’t red flags,” she said. “Once I moved [to Chicago], that’s when the red flags started popping up. Honestly, I didn’t even realize they were red flags because I had never dated a grown man before. I thought that maybe this is how it goes when you’re dating someone that much older than you. All I had dated were boys my age. I had a boyfriend prior to that, but we had broken up at that point. So, I didn’t know. Now, or once I became older and mature, I knew that those were red flags. Now I do instill that in my daughter about looking for red flags. If a man is too controlling, if he’s always getting on you about things that you want to do or places that you want to go, if you see things that you are not comfortable with, then you should take those as red flags.”

At 21, Van Allen finally decided she had had enough. She left Kelly and returned to home to Atlanta.

“It built up. As time went on, a lot of it had to do with me growing up,” she said. “I didn’t tell him I was leaving for good. I told him that I was going to go visit my family. That’s what people get a little twisted. He didn’t hold the girls against their will. He didn’t hold me against my will. He didn’t make it easy for me to leave. Say you wanted a flight. He wouldn’t book the flight, or if he does book the flight, he would make you miss it. I’d make up reasons why I needed to leave.”

After viewing “Surviving R. Kelly,” Van Allen was able to hear the heart-breaking testimony of other female victims. It proved to be a common theme: R. Kelly preyed on the young and vulnerable.

“I didn’t have a father figure in my life,” Van Allen explained when recalling why the singer was able to manipulate her. “It was more of [the fact that] I kind of looked up to him in a way. Being that I knew of him as an entertainer, I didn’t really care about the money and the power part because I’m not one of those types of women or young girls that cared about materialistic things.”

At press time, the fallout from “Surviving R. Kelly” has been tremendous. The “Ignition” singer was eventually dropped from his record label, RCA, and several police investigations, particularly in Atlanta and Chicago, have been launched.

On Jan. 16, 2019, Chicago police raided Kelly’s Chicago studio and discovered evidence that some person or persons were living in the building. They also found several code violations at the studio, which is currently empty.

The studio was also vandalized. During a visit to the North Justine Street studio, this rolling out reporter discovered several markings on the front of the building, which is located in a desolate industrial area.

The markings, likely made using chalk, included the phrases, “rapist pedophile,” “time’s up” and “not one more.”

Van Allen has inspired others by opening up and sharing her story. “I didn’t realize that so many other victims wanted to contact me and needed my help. I really appreciate it and I’m grateful to be able to help them — it’s been a blessing,” she said.

“We’ve had a lot of support from everyone and feedback. It’s been really surprising to me because, back in 2008, I didn’t get that same embrace. People weren’t as open to change and to hearing our stories or my story at the time. It’s been tiring, but it’s well worth it to raise awareness,” she said.

Van Allen, who is currently working on releasing her book, Surviving the Pied Piper, also gave advice to people who may have gone through a similar situation.

“The advice that I give males or females is to always love yourself first,” said Van Allen, now a mother of three. “And the reason I say that is because, when I think back, I always put Rob’s feelings first. … That was my problem. When I think back to the relationship with him or any other relationship that I was in where I was hurt, I didn’t love myself first. I put that person’s feelings above mine.”

Money, romance, and financial insecurity: The true cause of African American women cheating and divorcing their partners

Money, romance, and financial insecurity: The true cause of African American women cheating and divorcing their partners