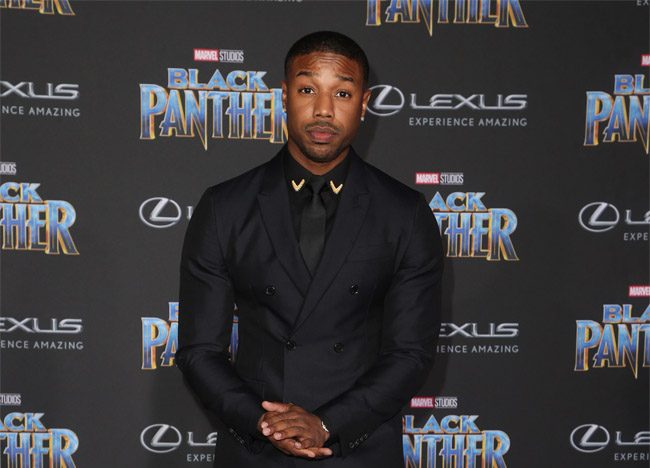 Michael B. Jordan was reportedly seen being “super flirty” in a Utah nightclub with the actress best known for her breakout performance in the 2018 film If Beale Street Could Talk.

The 31-year-old actor — who stars as Adonis Creed in the Creed franchise — was spotted by an onlooker sharing an enjoyable evening alongside Kiki Layne, 27, at the Tao nightclub pop-up in Park City.

The source told People: “Michael and Kiki were super flirty all night. He spent literally all night talking and focused on her.”

Jordan arrived at the nightclub at around 11:30 p.m., and he initially spent the evening with fellow Hollywood star Gerard Butler.

But he subsequently turned his attention towards Kiki — who was also in Utah for the Sundance Film Festival — and they spent the rest of the night chatting enthusiastically to each other.

Meanwhile, Jordan recently revealed that he is looking forward to becoming a father one day.

He said: “I love kids, man. I can’t wait to be in the right position to start a family of my own. I’m looking forward to the day that I start my own little tribe.”

The actor also revealed he sees himself as a “giver” — but claimed he’s now managed to strike a “nice little balance” between finding time for himself and also taking care of others.

Jordan said: “For me, I’m always a giver.

“I’m a pleaser, you know, a fixer. I do a lot of things for other people. That’s something that just comes with me. It’s okay, it’s who I am.

“Obviously, everyone has their own limits, but I think I’ve found a nice little balance between not spreading myself too thin and, at the same time, helping people.”