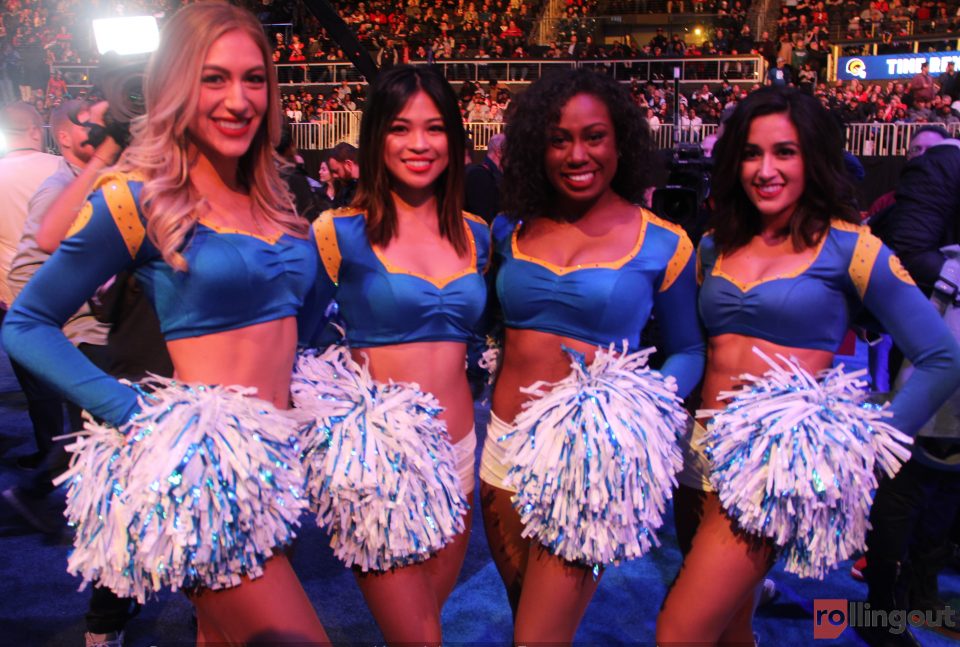 On Feb. 3, the Los Angeles Rams will face off against the New England Patriots in Super Bowl 53. But before the two teams battle on the field, they had a war of words during the Super Bowl media day at State Farm Arena in Atlanta on Jan. 28.

Also know as Opening Night, the Super Bowl media day stands as the kick-off to a week of partying, debates, and trash talk leading up to the big game.

Rolling out was on hand to capture the antics of media day. Below are some of the most interesting quotes from Opening Night. 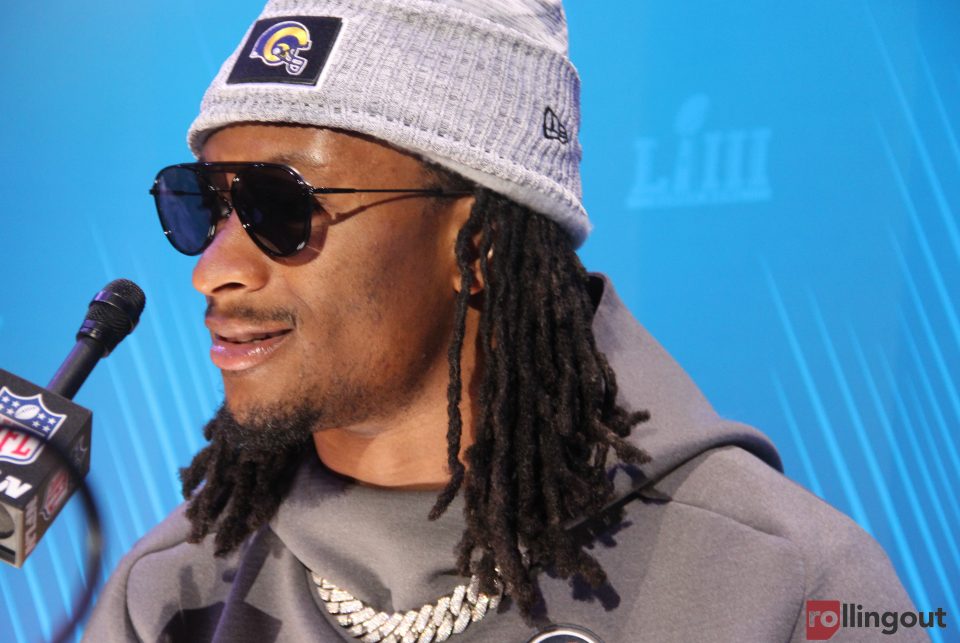 Todd Gurley, the star running back for the L.A. Rams, entered the podium at media day with the flare of a Hollywood star while wearing sunglasses and a diamond-encrusted necklace.

Hall of Famer Deion Sanders, now an analyst with NFL Network, pointed out Gurley’s necklace. Gurley responded by saying, “I don’t rock nothing less than 100 [$100,000] around my neck.” 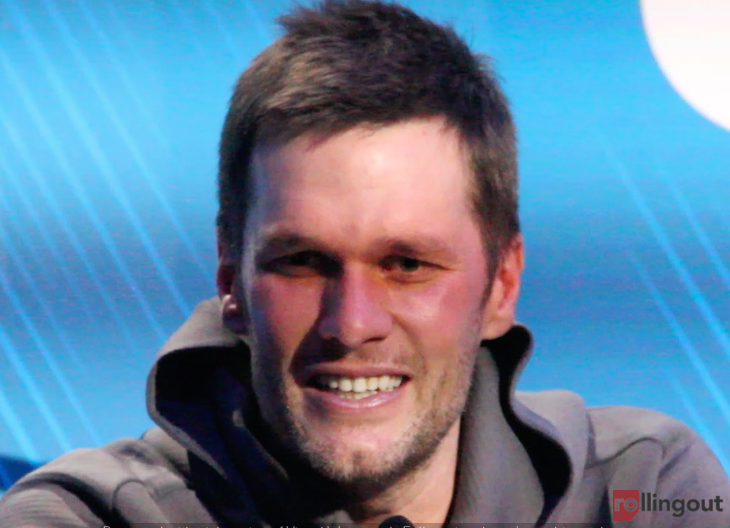 Tom Brady arguably stands as the most-hated player in the NFL. With nine Super Bowl appearances, he has dominated his era. However, some believe that Brady cheats to win, often recalling the Deflategate scandal that rocked the NFL in 2015.

But during Opening Night, Brady has a clear message for those who disagree with him.

“What do we do about the haters? We love ‘em,” said Brady. “We love them back, because we don’t hate back. We appreciate it, we love them, and we wish them the best in their life.” 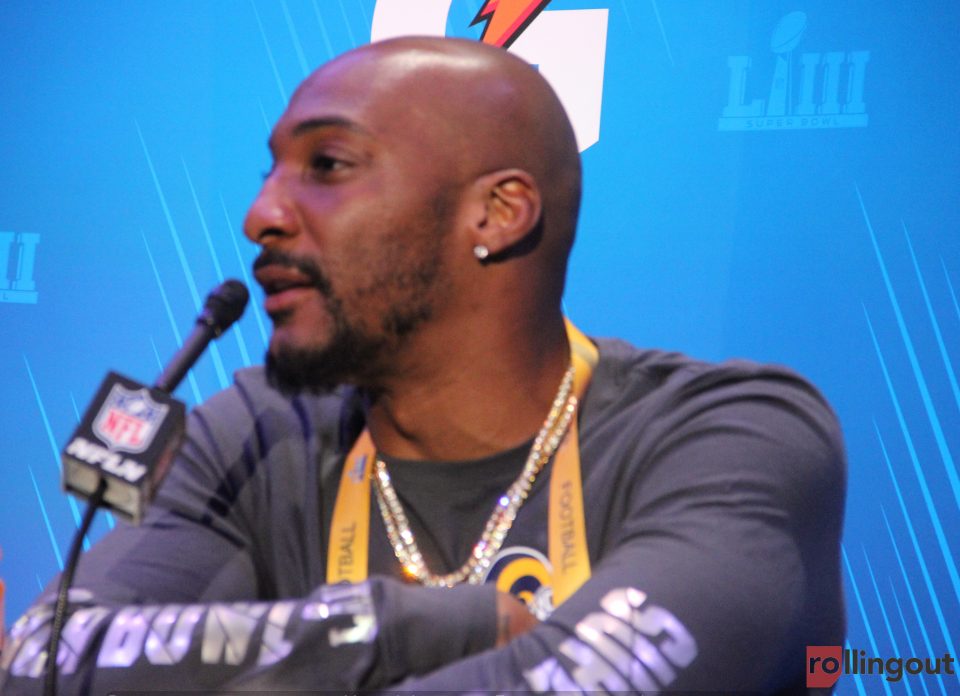 Aqib Talib played two seasons with the Patriots before his stint with the Denver Broncos and now with the Rams. Talib spoke about learning from the strict rules of the Patriots organization.

“I think I learned how to be a pro,” Talib told reporters. “Bill [Belichick] really holds guys accountable, no matter who you are. You learn to be a little more of a pro when you go to New England. The study habits I picked up, set more alarms [to keep from being late].” 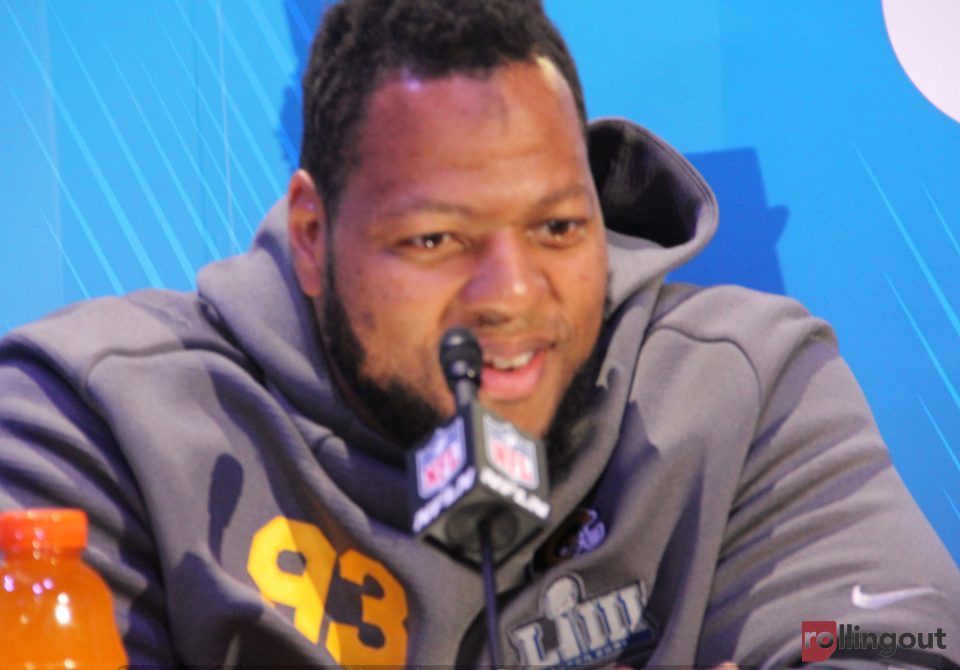 Ndamukong Suh was tested early by reporters who were looking to knock the star lineman off of his game. Reporter Dave Portnoy called Suh a dirty player during the press conferene by saying, “It is well regarded you are one of the dirtiest players in the NFL. As a [Tom> Brady fan, I just wanted to warn you we’ll be watching you. Don’t bring any of that stuff Sunday, or else after the game we’ll take it outside the locker room.”

Suh responded with the the simple words, “Make sure you have a nice day, sir.”

Throughout the week, rolling out will provide an inside look at the big game, big parties, and big festivities.