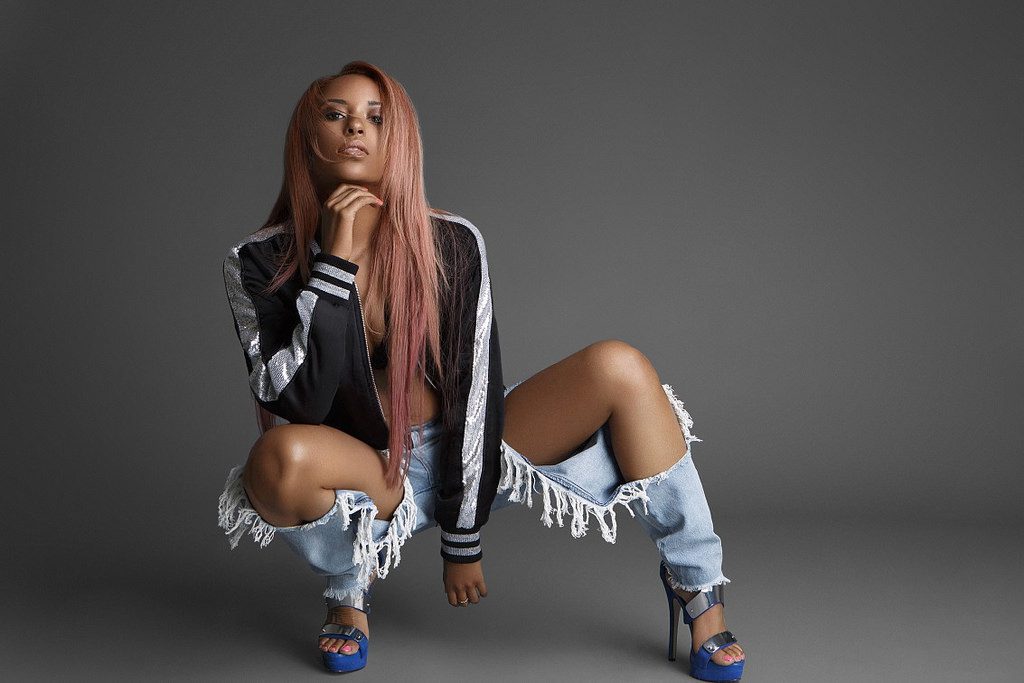 No stranger to entertainment, singer and dancer JessLove has decided to take her position at the forefront of the stage, delivering original music and a new vibe. The Haitian artist has managed to blend R&B, pop and her Caribbean roots to produce a unique sound that can be heard in her latest singles “I’m Good” and “Wallpaper” and upcoming album, The Phases Of.

A Detroit native, JessLove started out in entertainment as a dancer, touring with artists like Charlie Wilson, Yung Joc and Mariah Carey.

With plans of dropping an album in this spring, JessLove shared thoughts on her music and what she has planned next.

What is the inspiration for “Wallpaper,” your latest single?

“Wallpaper” is a metaphor. When you put up wallpaper, you’re covering the spots and nicks on the wall. The song is about taking down that wallpaper and exposing the relationship for what it is.

The song gives a ’90s vibe, so my manager came up with the idea to work within that and bring out some of the old timeless videos that we remember like Puff Daddy, Mase and TLC.

Though you have three singles out, you’re planning to release an album. What is the overall theme of the project?

When we got in the studio, we realized that there was this overall thing that we were talking about; love and relationships, and the different phases of it. When we were listening to the music at the end we were like, “this is all the phases of love that you go through.” Everybody goes through ups and downs in a relationship. We thought Phases Of would be the perfect name for this project.

You’ve mentioned that you plan on releasing another single, “Old Thing Back,” closer to when the album drops. For people waiting to hear it, what is “Old Thing Back” about?

“Old Thing Back” is that point in your relationship when [you’re] waking up without that person and you’re like “man, I want what we [had] back.” I’m just singing about wanting to be back in a relationship with someone that I thought I didn’t want to be with no [sic] more.