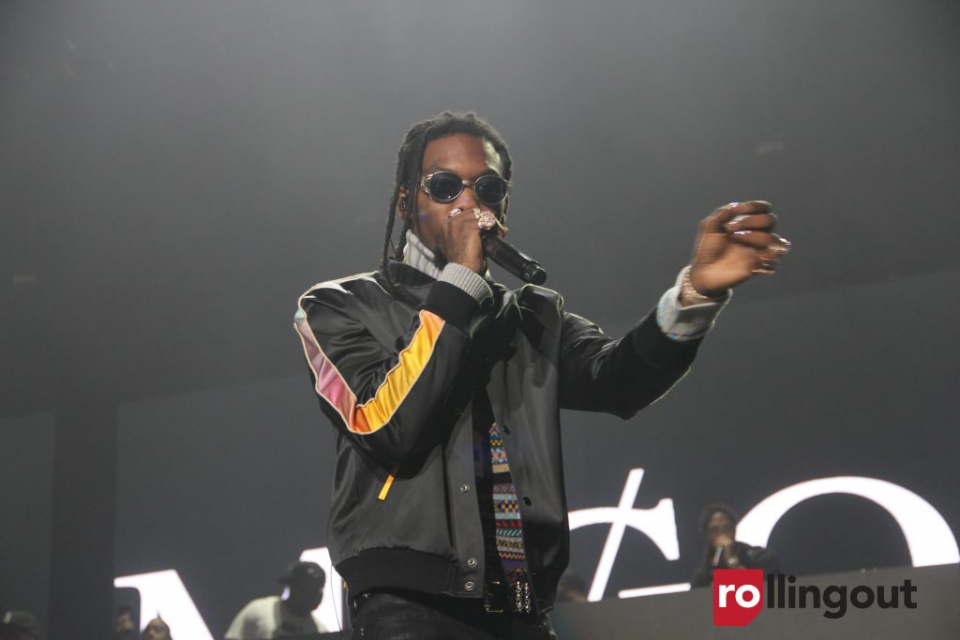 The war of words between Chris Brown and Offset continued on social media. One day after Brown and Offset got into an online spat over Brown poking fun at 21 Savage, Offset responded to Brown’s second post.

On Instagram stories, Offset threatened to slap Brown and claimed that singer only beat women. Offset wrote, “I ain’t really have too much rap for you on this social media s–. But since that’s where you wanna take it, tell the people why you had your management reach out to squash the s–! Check my record and check yours. Only people you go toe-to-toe with is women. That’s for lame n—. Oh and by the way, I’m [gonna] smack the s— out you when I see you!”

Brown responded by challenging Offset to a fight.

“F– you lil boy,” Brown wrote. “Better worry about what u got going and focus on ‘you.’ All this cap on IG is what’s lame. Yo energy wont [sic] that when I came to Drake show in LA. If you don’t get yo a hip a hop a hibbet a hibbet to the hip hip hop and ya don’t stop the rockin face a– out of my comments. Sensitive a– n—. Call me personally. U want some clout when all u gotta do is pull up […] If you a real man fight me. Oh and another thing, suck my d–!”

The beef has inspired a slew of memes, including a breakdance battle between the two.

View some of the best reactions below.

Wow so Christ brown really posted his address for offset to pull up. On an unrelated note… how much are plane tickets to LA rn 😬

@chrisbrown posted his address for @OffsetYRN to run the fade I couldn’t help myself but to google maps it 😂 pic.twitter.com/vW3Y2spG37

Chris Brown really just put his address out there over this Offset beef like I won’t be on the first flight to his home. Stop playin CB 😭😭