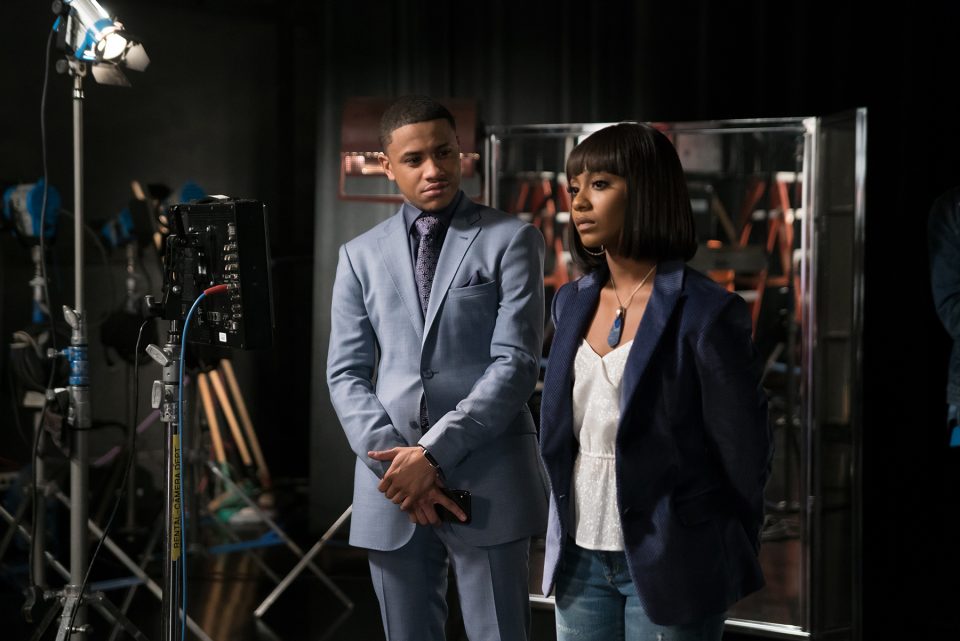 Berry and Lena Waithe are executive producers of the series, and the two have created a fresh narrative for the new generation of creatives and professionals in Atlanta’s Black mecca.

“Boomerang” the series explores the relationships between Jacqueline and Marcus and Angela, now married, by following the lives of their children, who are stepping out of their parents’ shadows to create a legacy of their own. It features Tetona Jackson (“All Night”) as Marcus and Angela’s daughter Simone and Tequan Richmond (“Everybody Hates Chris”) as Jacqueline’s son Bryson.

Fans who have waited for Marcus and Angela’s love story to evolve will be pleasantly surprised by an interesting role reversal, comedic twists and an intriguing plot served up by brilliant writers.

“It has been a gender reverse for these roles,” Richmond said when asked about some of the plot changes and role reversals viewers can expect. “I’m more of Eddie’s character and a little bit of Halle’s character on the show. This is a good switch up.”

Jackson revealed her character will take on some of her dad’s swagger. “I’m a little bit like my father, who’s Eddie’s character. I’ll take on his je ne sais quoi persona. If men can do it, why can’t women?” she said. “Having my dad’s persona, I’m fearless. You see my character composed and controlled. The more you’re into the show, you’ll see her raw side. She’ll show you the realness and rawness of life. Fans will be able to get deep into this character.”