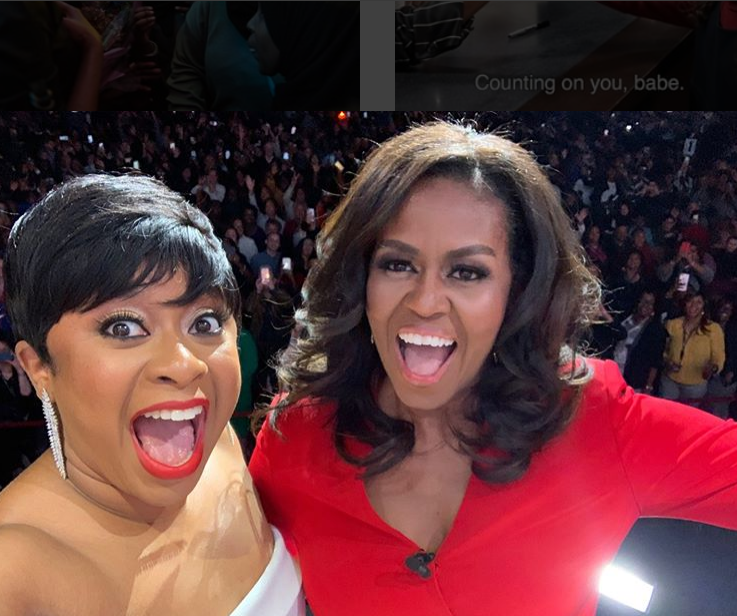 Michelle Obama, right, during one of her “Becoming” book tour stops. Photo: Instagram/@michelleobama

Michelle Obama’s own mother told her she’s not a “real celebrity” and asks if she met any “real stars” at the Grammy Awards.

Those statements could deflate a large ego like a flat tire. But this clues Obama fans into how the former first lady has remained grounded, despite being an internationally-beloved lawyer with two Ivy League degrees and receiving arguably the loudest, longest ovation at the 2019 Grammy Awards.

Former President Barack Obama’s statuesque wife shared with the audience at her Becoming book tour stop in Phoenix Tuesday, that her mother was not impressed in the slightest at her celebrated Grammy appearance. Michelle got by far the most intense and hysteric ovation from the star-studded audience at the show’s opening, standing next to Lady Gaga, Jada Pinkett Smith, Alicia Keys and Jennifer Lopez.

Obama’s speech centered on reiterating the power of music and its singular ability to unify diverse demographics. Despite being treated like a rock star among stars, Marian Robinson (Michelle’s mom) almost sounded like she was bored with the concept, according to AZCentral.com.

In fact, Obama’s mom forgot her daughter was to appear on the awards show at all and asked if Obama, 55, met any “real stars.”

Obama was laughing during her book tour stop as she displayed her conversation with her mother on the screen above the stage:

When your mom doesn't think you're a "real" celebrity…Tonight in Phoenix, I shared this text thread from my mom from #Grammys night, and I just had to share it with all of you. #TextsFromMom 😂

Obama joked back that she is, in fact, a “real” star, and based on the Grammy reception, as well as her highly-anticipated, (sold-out) national book tour, that had to be held in football stadiums, her vast fan base disagrees with the mother.

But, as you see below at the complete conversation, mother Robinson could not care less. 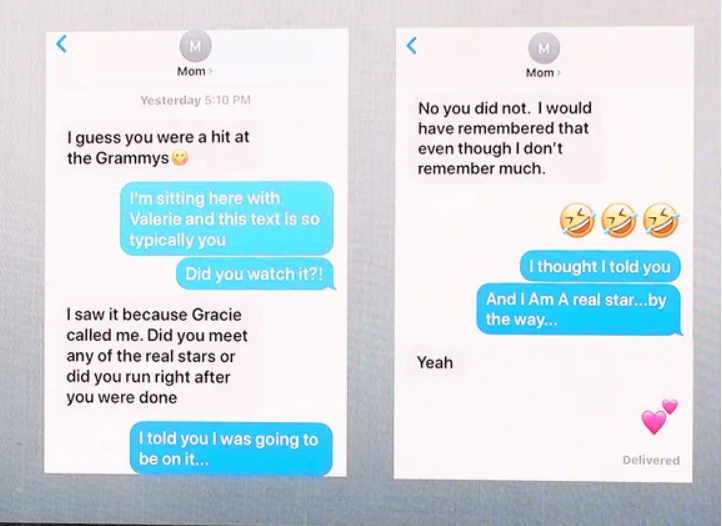