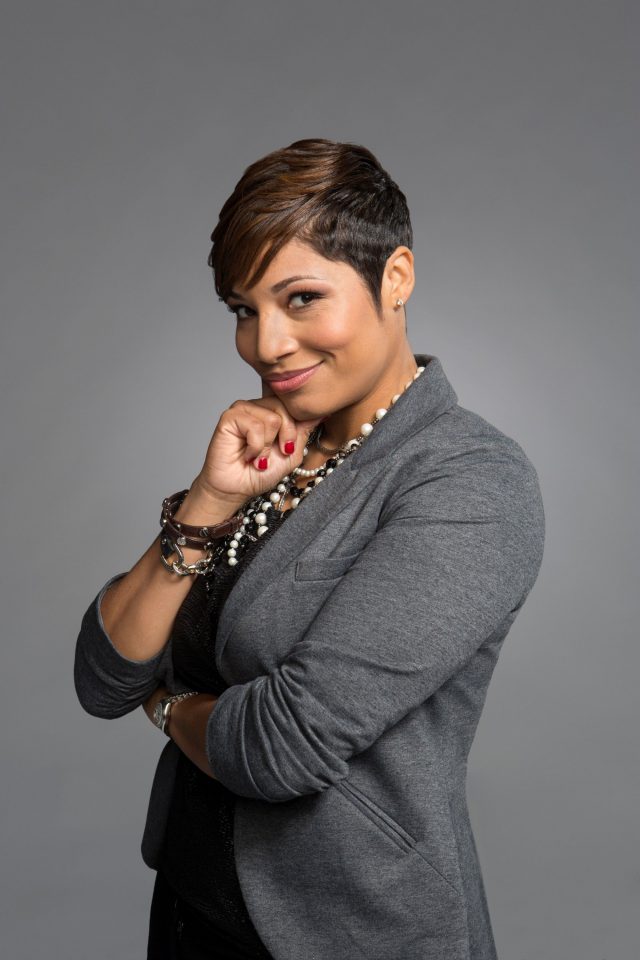 Lori Hall, senior vice president of marketing for TV One. (Photo courtesy of TV One)

TV One senior vice president Lori Hall is helping to create a beautiful surge of momentum in which Black women are constructing their own narratives, crashing through glass ceilings and changing the landscape with their own unique flavoring.

Connecting to other energetic tributaries of expression, TV One is creating a powerful current that is helping blast open the floodgates of change. This is manifested with the campaign “Represent Change.” TV One celebrates Black History Month — and by natural extension, Women’s History Month — with a tribute to inspirational Black women and a full schedule of programs that exemplify this year’s theme. The network is premiering a short form video campaign featuring influential Black women who are inspiring positive change in our nation.

“With ‘Represent Change,’ we wanted to focus on change in particular as it relates to women,” Hall said. “With the #MeToo [movement], the Women’s March, with all the great things women are doing — we really wanted to focus on creating change through the lens of Black women who are creating history today.”

“We really wanted to highlight women where maybe no one else was highlighting them, but we knew they were creating significant change today,” Hall said.

“Represent Change” is a spin-off from the previous year’s campaign that illuminated the illustrious achievements of urban sophisticates in the American marketplace.

Hall, who will celebrate her fourth year at TV One in June, is tasked with strategically developing and executing the network’s marketing initiatives across all the company’s platforms. She and her colleagues have one objective in mind.

“Our amazing founder [Cathy Hughes] says often, ‘we are in the Black people business,’ ” Hall said, adding that she believes the “Represent Change” campaign will have a ripple effect across age demographics and generations.

Black History Month at TV One will also see the regeneration of popular programming such as “Unsung Hollywood,” “Behind the Movement” and “The Watsons Go to Birmingham.” Along with the “Represent Change” campaign, Hall believes these programs will help raise the low ceiling of possibility that many young Black girls have for themselves.

“The effect I hope it will have on urban audiences is that it will … make them aware of how they can create change on their own and it will inspire them to greater heights. If we can do that, then we’ve more than done our job,” Hall said.