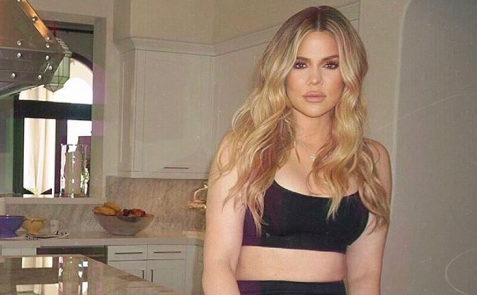 Khloé Kardashian is fed up with being criticized for her approach to parenting.

The “Keeping Up With The Kardashians” star finds it “annoying” how she is constantly being challenged on social media about her parenting skills, including most recently her choice to have her nails done.

Under one post of her new manicure, one critic wrote: “Pretty but how do you take care of a baby with those long nails!,” while another user added: “Khloe is more into her nails than her baby!! (sic)”

Kardashian later took to Twitter to admit she found the negative messages “annoying.”

She shared: “It’s annoying when people talk about my nails. Trust me, I manage just fine. The same way I take care of myself, I take care of my baby. There are more serious things to discuss. At least I would hope. happy Monday to you (sic)”

The 34-year-old television personality — who has 10-month-old True with her partner Tristan Thompson — had previously hit back at those who have criticized her for “focusing too much on her body” following the arrival of her daughter as she hit the gym less than a month after True’s arrival.

Speaking on Snapchat at the time, she said: “The beginning parts of working out kind of suck because you’re pushing your body so hard, you’re so tired. It’s much more difficult than you expect it to be. I’ve been working out for 11 days now. I feel really good but tired.

“My body is sore because it’s re-waking itself back up. What I’m annoyed about is I’ve read a couple of times on Twitter that, ya know, they feel that I’m focusing too much on my body, but the truth is I’ve worked out five or six days a week before I got pregnant, and that’s my sanctuary and something I love to do. I want to start doing that now and get back to my rhythm, and in between feedings, I want to find time to work out because that’s going to be my new normal. Just because I have a baby doesn’t mean I have to stop doing the things that I love, and I love working out and getting my mind right.”