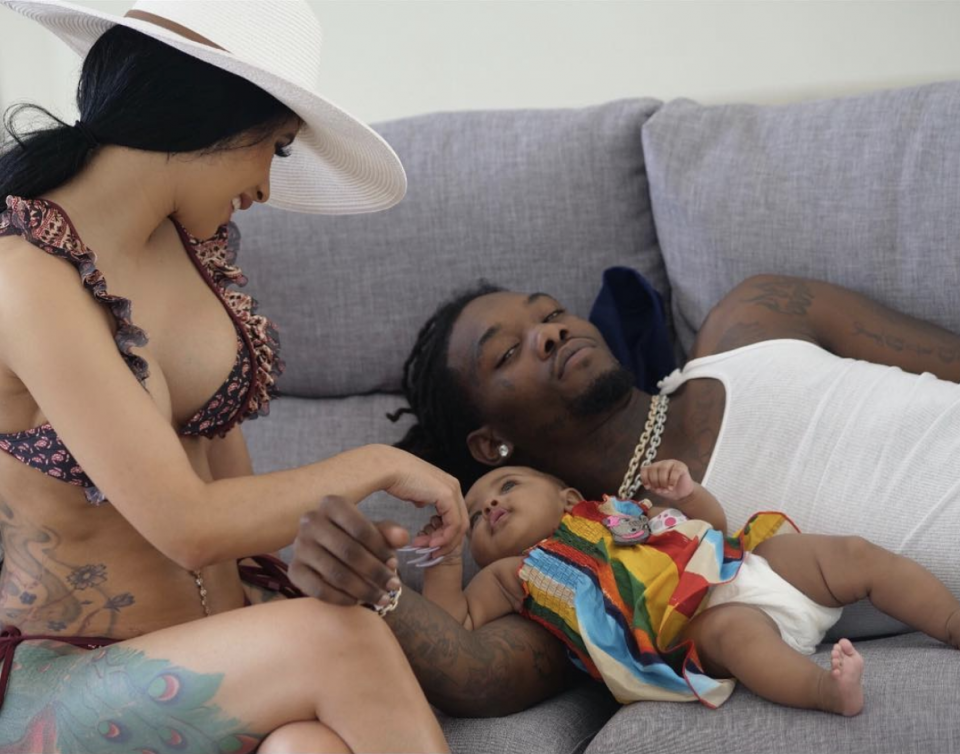 Rapper Offset has officially identified the culprit in his marriage woes and brief separation from Cardi B: the blogs.

The “Father of 4” emcee and Migos member told GQ that the blogs created strife in his household and planted insecurities in Cardi B that made her paranoid.

Offset said the myriad of bloggers ravenous for scandal and clickbait material wreaked havoc on his marriage, and they’re mostly to blame for his brief separation from Cardi. Offset then indirectly touched on the fact that perhaps his reported proclivity for extramarital sexual activities may have contributed to the deterioration of the family unit.

Even though Offset rapped on the track “North Star” that he has indeed done some “f—- up s—”, he doesn’t take full responsibility for making himself tasty bait in shark-infested waters and that his transgressions caused the feeding frenzies. Offset, 27, admits that he is “growing as a man,” but he says the blogs complicate matters.

“I want to be an artist, bro. You know me as Offset from the Migos. The personal s—, that’s for me and my family. When I do my apology, I’m doing it for my family, bro. It’s not for you.

“You’ve got to keep your family tight, especially in the public eye. I ain’t no perfect dude, I’ve done some f—- up s—. But we moved past that. I’m growing as a man, I’m educating myself. The blogs just trying to be shooting n—– down all day, bro. At the end of the day, it causes insecurities inside the house. Keep that to yourself,” he said.

As part of the multipronged interview, Offset also took a moment to show off his large jewelry collection on GQ‘s YouTube page. Check it out below: