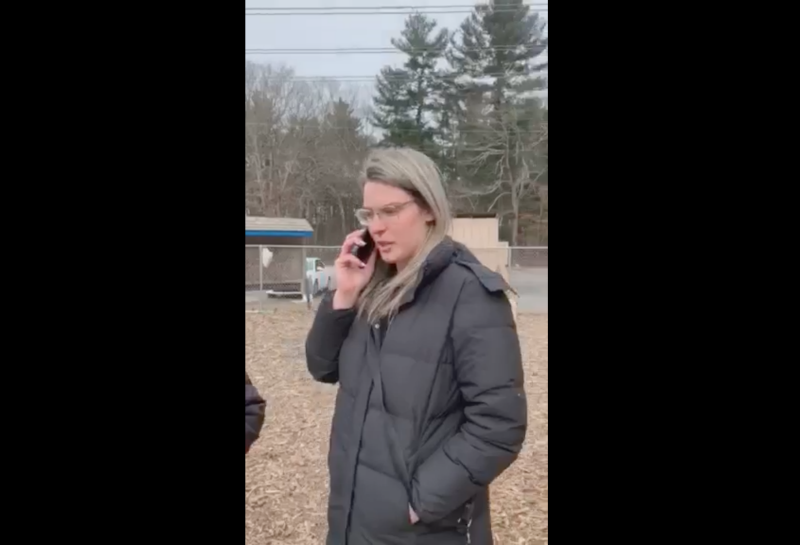 A White woman in Massachusetts has already been doused with the derogatory nicknames #DogParkDiane and #DogParkDebbie after she called police on a Black man whose canine humped her dog at the community dog park.

The confrontation happened at the Attleboro Dog Park in Massachusetts, about an hour drive south of Boston. Former attorney Franklin Baxley, a Black male, angrily recorded the episode and posted the camera video on Facebook.

“I visit this park twice a day and all the dogs get excited when a new one is here,” former attorney Franklin Baxley told Yahoo Lifestyle. “When the woman came in, my dog Dusse ran over and humped hers, so I immediately removed him and apologized, explaining that he’s a puppy.”

When Baxley’s pup “Dusse” humped the White woman’s dog a couple of more times, both Baxley and the woman pulled Dusse off. She then ordered Baxley to vacate the premises.

“She said, ‘I think you need to leave because your dog keeps doing that,’” he recalls. “I said I wasn’t leaving, and she took out her phone and called 911. It escalated quick.”

When the woman, whose identity was not made public, called the police, Baxley took out his cell phone to record the situation as it unfolded (it can be viewed below). With irritation in his voice, Baxley asks the woman whether she had heard of the infamous “BBQ Beck,” the laughable Oakland resident who was blasted last year after she was recorded calling the police on a group of black people barbecuing at a local park.

Baxley barks at the woman, “this is the newest” version of BBQ Becky.

Baxley told the publication there is only one reason she decided to get the authorities involved: “Because I’m black,” he can be heard saying the video. “I bet if I was white you wouldn’t have called the cops.”

Baxley also recapped the episode on Twitter: “Here is the one where she starts behaving as if she is threatened by me and is accusing me of following her around the park as I am following my dogs like any other dog owner. I was annoyed, so I began mocking her. Sorry, not sorry.”

The police, as can be seen in the camera video below, did respond to the park, but Baxley was not charged and he was not given a citation. He was not even told to leave.

Baxley defiantly told Yahoo that the unpleasant experience will not deter him from making his twice-daily visits with Dusse to the dog park.

“This woman wanted to impress upon me that she was superior,” said. “Her first instinct was to call the police when in conflict with a black person.”

Here is the one where she starts behaving as if she is threatened by me and is accusing me of following her around the park as I am following my dogs like any other dog owner. I was annoyed, so I began mocking her. Sorry, not sorry.