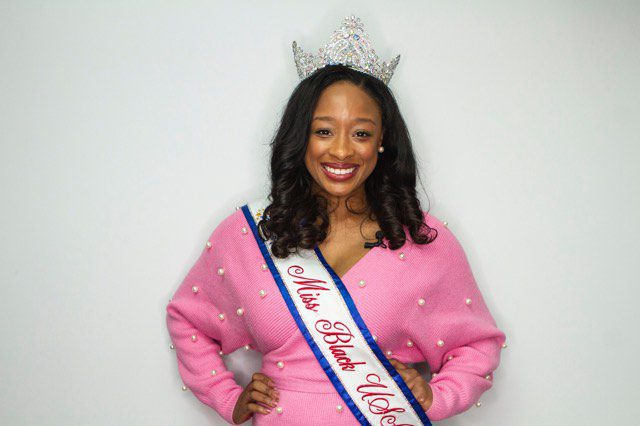 A part of the beauty pageant process requires contestants to showcase their talent and commitment to a social platform. When 23-year-old Kelsi Horn began preparing to compete in the Miss Black USA pageant, she knew immediately that mental health would be her platform.

Not only did Horn want to bring awareness to a range of mental disorders, but she also specifically wanted to speak to how often they affect young Black women.  “My college roommate attempted suicide, and I went through that experience,” Horn says. “I saw so many young women struggling with mental health issues, trying to be perfect and taking on way too much pressure.”

Horn believes the stereotype of the Black “superwoman” has negatively affected young women trying to emulate the “Black girl magic” they see on social media, and many are sacrificing their happiness and well-being in the process. “It’s important to prioritize self-care. Young women should know that taking care of themselves is just as important as achieving any other type of success,” she says.

Horn believes social media is a culprit in the pressure young women apply to themselves. “Young women are often comparing themselves against the accomplishments or achievements of others,” she explains. “Everything from how they look to what they’ve accomplished is judged against someone else, and that isn’t healthy.”

When asked who her role models were growing into womanhood, Horn explains why she was able to avoid some of the pitfalls social media offers. “My role models are my Mom, my aunts and other family members. I had strong women around me that I could look to for guidance and leadership,” she says. That support system kept her from falling victim to some of the issues young women succumb to who don’t have such a strong family unit.

Being crowned Miss Black USA has afforded Horn the opportunity to speak positively to younger women across the country, and for that she is grateful.

“My favorite part of this journey by far is the opportunity to speak to young women across the country and to be able to encourage them,” she says. “I want them to know that they are perfect just as they are, and they don’t need to compare themselves to anyone. I want to encourage them to be aware of their mental health and to realize there is no shame in going to talk to someone. There is nothing wrong with getting help. In the end, it could save their life.”