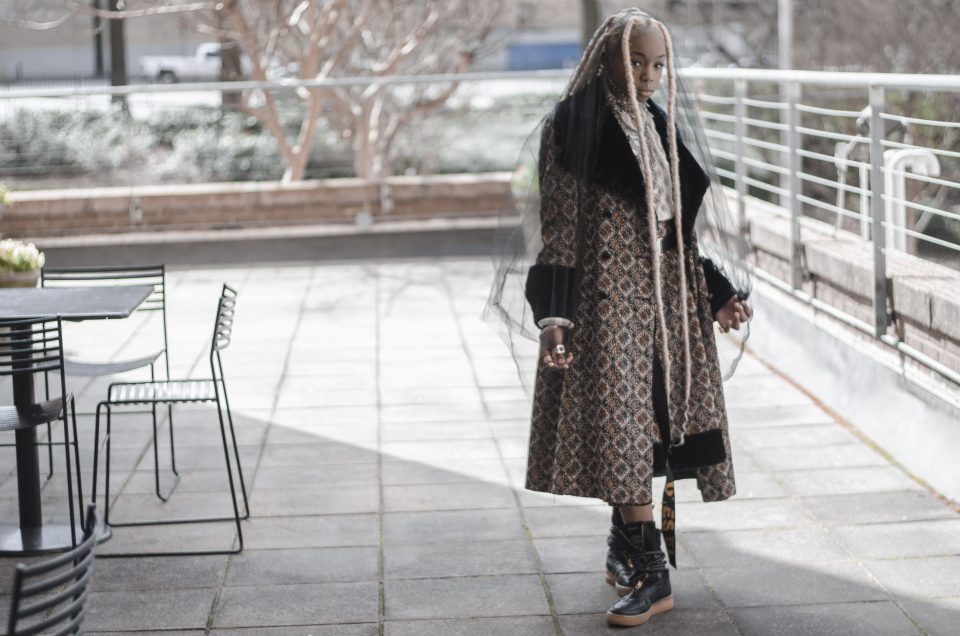 Dreamadai is an Atlanta-based R&B artist signed to Empire, one of the hottest record distribution labels in the industry. Growing up in the music business, Dreamadai began singing and writing at the age of 7 for Jacquees and the OMG Girlz. Filled with passion and fire, she remained consistent in her craft and was signed while a freshman in college.

Dreamadai recently stopped by rolling out studios to discuss her early musical experiences, her self-made documentary Dream a Day that explores the struggles she faces as a signed artist still in college, and her new songs with Kodie Shane and Sammie.

How does it feel to be signed to Empire?

It’s really dope. We are at the beginning of everything. I feel like it’s a lot that’s going to happen for me while I’m signed. I’m excited to be on their platform.

What artist have you connected with on your label?

Sammie, actually. I got to open up for him on the “R&B Ain’t Dead Tour.” Meeting with him was really dope because we had the opportunity to do a radio interview together. Now we have a single we are working on together. He’s super humble. I’ve learned a lot from him. I consider him an OG because he’s older than me. Seeing his transition from the “I Like” song to Big Sammie has been really cool.

Your sound is very raw and pure. How has it evolved?

I always try to stay out of the box. If I had to match a genre to my sound, I would say alternative R&B. It’s the girl next door but still soulful. I listen to a lot of old-school music such as hip-hop and, even further back, I listen to Duke Ellington and Aretha Franklin.

If they were still living, what old-school artists would you want to work with?

I would say Aretha and Duke for sure, but I really love Lauryn Hill. I would love to collaborate with her. Being in the room with her, getting on a song with her, and hearing her talk is my ultimate goal.

You have a documentary that is behind the scenes of your life. Tell us more about Dream a Day.

My name Dreamadai, which we broke down to Dream a Day for the title of the documentary, means to fulfill a goal or a dream. The documentary shows my everyday life and experiences being a broke college kid, going to class, being on stage and being off stage. It shows me growing as an artist and the things I go through in my personal life.

How do fans respond to your energy when you perform?

If anything, everyone’s asking when my next project is. Everyone is waiting for more, and I think it’s really dope because I’m such a chill person. They’re ready. I’m ready. That has been their response so far.

When is your next project dropping?

To learn more about Dreamadai, click through to the next page for an in-depth interview.