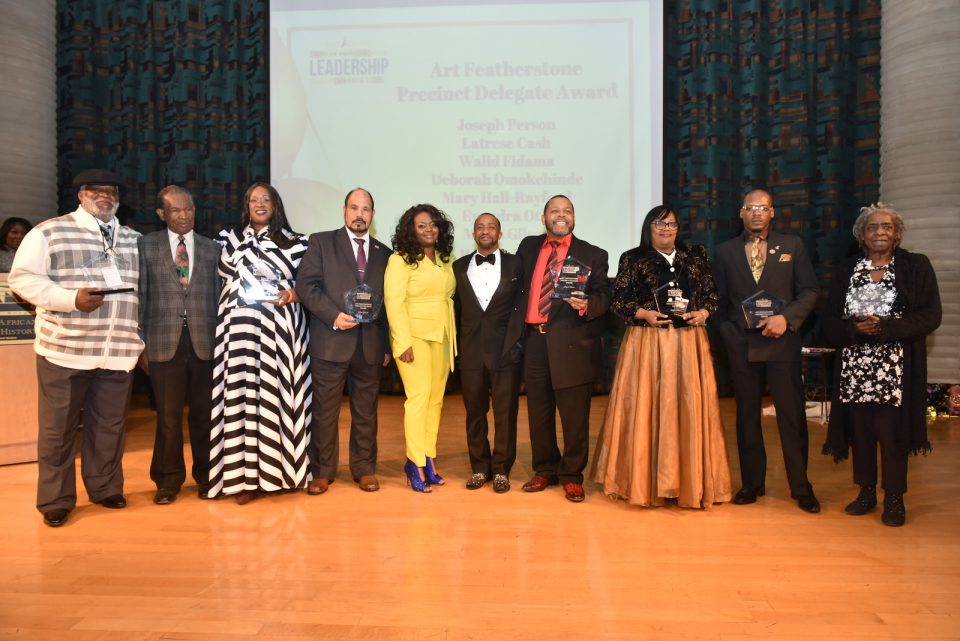 The African American Leadership Awards celebrated six years of recognizing Black excellence at the prestigious Charles H. Wright Museum of African American history in Detroit. The momentous occasion, held Friday, Feb. 22, 2019, began as a way to pull together African American community leaders, business leaders and elected officials from around the state of Michigan on issues affecting everyone. The awards gala honored the crowning achievements of Black leaders throughout Michigan in categories such as business, politics, community, philanthropy, faith and religion. More than 200 honorees and their supporters gathered in the spirit of celebration and unity.

“This is not a Detroit thing. It’s an all of us thing,” African American Leadership Awards keynote speaker and Money Matters for Youth founder Gail Perry-Mason told the captivated audience.

As one of the winners of the Rev. Greg Roberts Faith and Leadership award, the Rev. Christian Adam is an example of the kind of true leadership Roberts exemplified. His work in criminal justice touches many lives in the community he serves.

State Rep. Kyra Bolden fights for criminal justice reform every day. The Emerging Black Leader [under 35] Award winner praised the ceremony on its mission to inspire and salute the accomplishments of local Black leaders in Michigan.

“This award means a lot [to me personally], especially knowing that our Lt. Gov. Garlin Gilchrist won last year,” Bolden stated. “It’s an amazing feeling to be recognized by your community for the hard work you put in day in and day out. There’s really nothing like this presently happening where we can honor ourselves … and to be a  part of Black history is so amazing.”

Learn more about the history of the Black Leadership Awards and past winners by visiting www.miblackleader.com