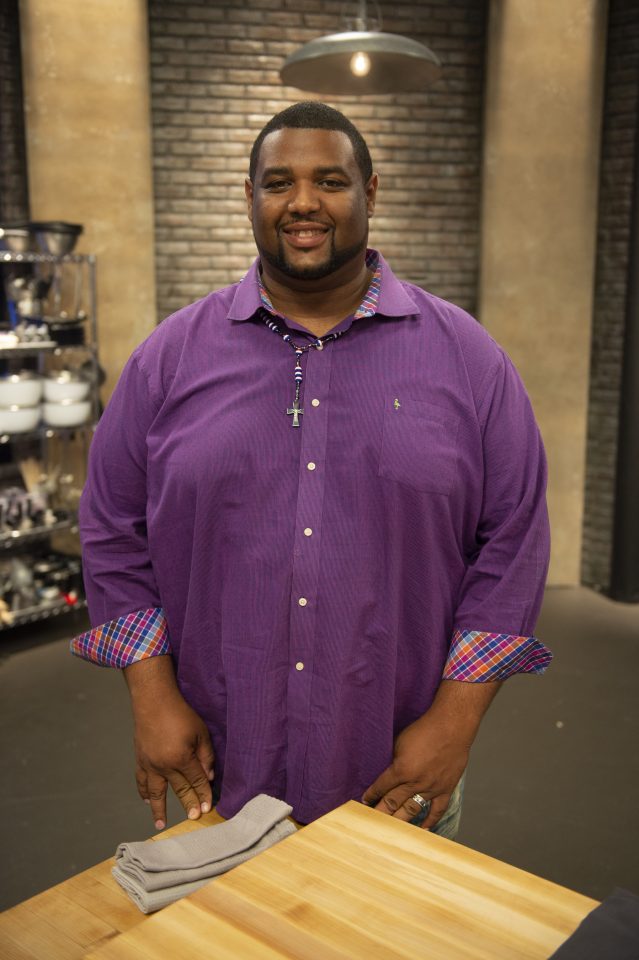 Rolling out caught up with stand-up comedian Travele Judon, who recently appeared as a contestant on the season 15 edition of Food Network’s “Worst Cooks in America.” He shared his experience on the show and his current projects.

How did you get involved with the show?
I tried out for the show back in January 2018, and they said they loved me and I was awesome, but they didn’t pick me. When they began casting in June 2018, I saw they were casting again and I was like, “Nope, nope, nope. I’m not applying again. That was too much work for a huge letdown.” Literally 15 minutes after I said it, the casting department emailed me, and I was like, “Nope I’m not responding.” Five minutes after the email came, they called me and said, “We want you,” and the rest is history.

What is your favorite food to cook?
Fried chicken. All day. Every day.

What food do you ruin every time?
Pancakes. … Even on the show, I screwed them pancakes up again.

How was your experience on the show?
The show was amazing and challenging. We filmed long hours and couldn’t have our cell phones. That creates phone withdrawal. It takes a toll on you mentally as well because you have to adapt to a new way of doing things. Overall, I wouldn’t trade it for anything in the world.

When you think back, what would you have done differently on the show?
I can’t say I would do anything differently. I had fun, I learned and I made a lot of people laugh and smile along the way. Laughter is like medicine. I do wish I would’ve won the whole thing, so maybe that’s what I would do differently.

How has being on the show changed your life?
Since being on the show, I have met so many nice people that loved the show, and it makes me happy that I was able to bring them joy. Many other doors have opened for me comedically, and even having the pleasure of co-hosting “Windy City LIVE” with Val Warner, who I have been a big fan of since her WGN news days.

Are you a better cook now?
No. I just know how to cook a few cool things in the kitchen, but I’m still lost.

What projects do you have coming up next?
I am currently working on my new stand-up comedy special, which I look to film real soon, and I will be the official tour host for Grammy-nominated gospel artist Jonathan McReynolds. [It] is called the “Make More Room” tour.

How can people book you?
For booking and information visit my website, www.travelejudon.com.