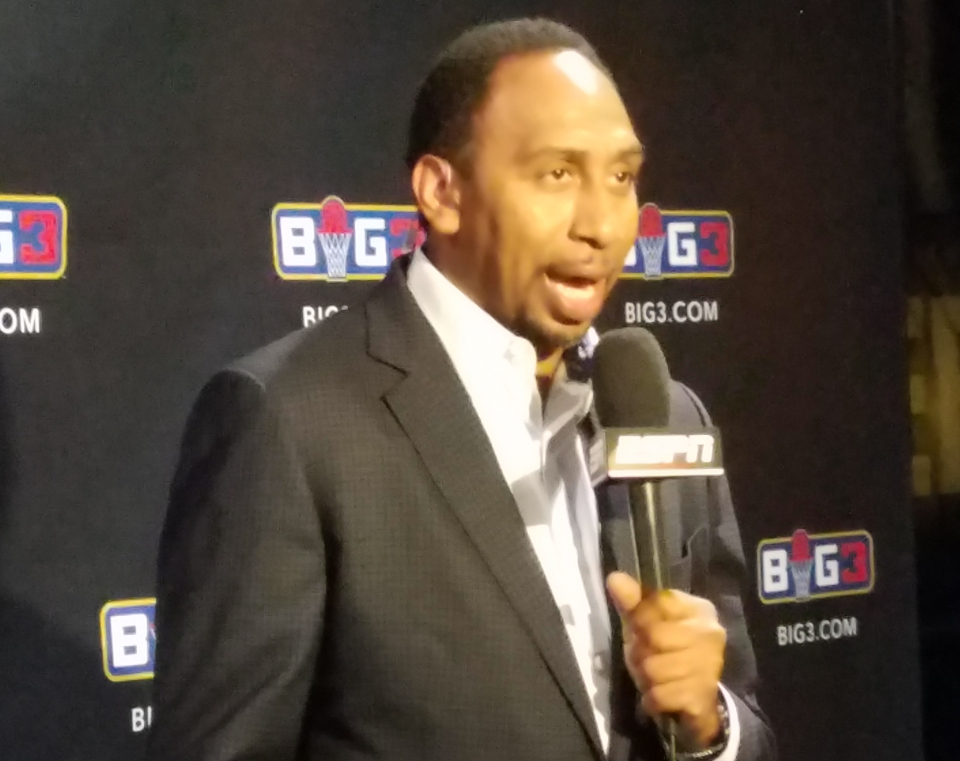 “First Take,” the ESPN show that airs weekday mornings and is hosted by Stephen A. Smith, Max Kellerman, and Molly Qerim Rose, was nominated for an NAACP Image Award in the Outstanding Talk Series category. Rolling out spoke exclusively to Smith about what the nomination means to him, and women in the industry who inspire him.

“The NAACP obviously, what it’s done for the minority community, how it’s led the fight on so many issues throughout history, to recognize [“First Take”] and to nominate [the show] for such an award is incredibly humbling,” Smith said. “Me being a Black man [and] caring about my community the way that I do, trying to bring attention to the issues that garner having attention being brought to it, to be recognized as somebody that’s made a positive contribution to my community is what it’s all about.”

The HBCU graduate, who played college basketball for Winston-Salem State University under the leadership of the legendary Clarence “Big House” Gaines, also discussed inspirational women in his industry but first mentioned his queen.

“Well, first of all, in terms of women who inspire me nobody comes before my mom, who passed away in June of 2017. She’s the greatest woman that I’ve ever known, she’s the No. 1 source of inspiration that I’ve had throughout my life, and as long as I’m breathing on this Earth, even though she is no longer with us, she’s with me every moment of every day and it’s impossible for me to think of any woman, particularly in this industry and beyond, before she comes to mind because she’s everywhere that I go,” he said.

When talking about the industry veterans: Brennan, Burke, MacMullan, Oliver, Roberts and Storm, Smith expressed tremendous admiration for them as well. “To say that I admire them doesn’t begin to express my level of gratitude to them and what they have meant to this industry,” Smith said. “The work that they’ve done, the quality of their work, the standard that they set, the pioneers that they’ve been, the doors that they’ve opened for other people, the standard that they’ve not only established but have worked diligently to uphold, never veering away from their beliefs, their principles, what they believe this industry is supposed to stand for, their accomplishments, I cannot say enough for what they mean to the world of sports,” he said.