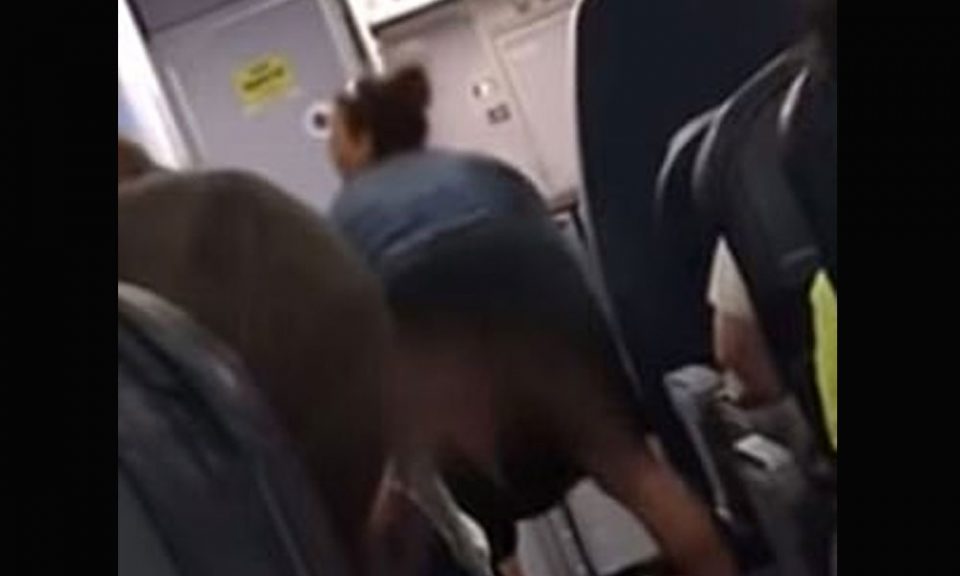 Passengers on a Spirit Airlines flight from Orlando, Florida, to Newark, New Jersey, got more than a delay after a fellow passenger’s antics. An unidentified woman, whom some described as “drunk” literally let it all hang out in a profanity-laced tirade while twerking.

According to Daily Mail Online, it all started when a flight attendant asked the unidentified woman to turn off her cell phone before takeoff. The woman begins to argue with the attendant and starts using profanity. Passengers on the jet took out their cellphones and began to film the woman. The angry passenger noticed the attention and yelled, “Record all you f—— want!” then bent over and exposed herself.

She was eventually led off the plane by police to a round of applause. Spirit Airlines has not issued a statement on the incident or identified the passenger involved. The video was uploaded to the sharing site Viralhog and soon was splashed across social media.

The NSFW video can be viewed below: