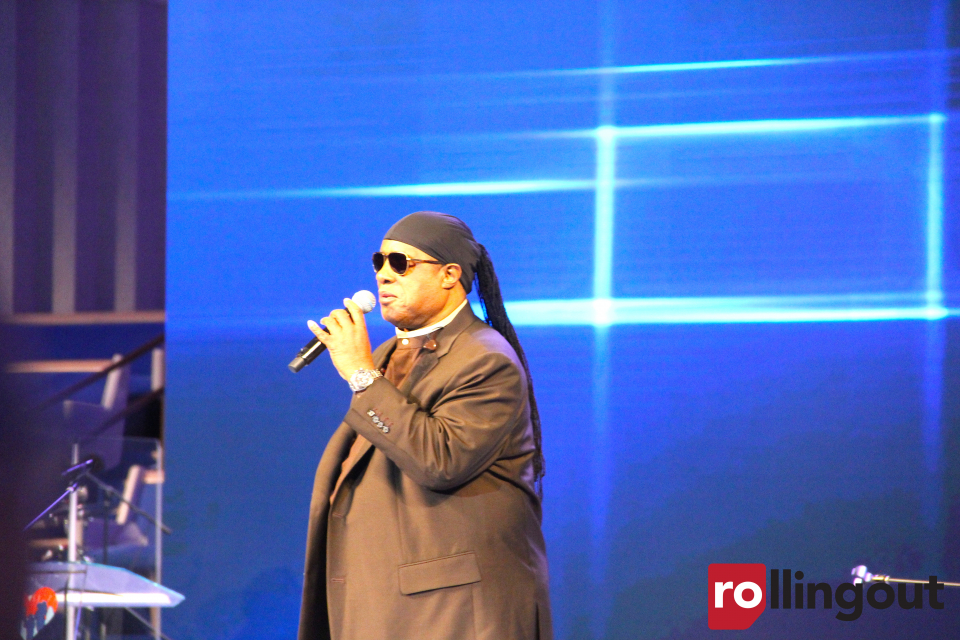 Nipsey Hussle’s homegoing service featured performances by Marsha Ambrosius, who sang “Fly Like a Bird,” and Anthony Hamilton, who sang “Do You Feel Me.”

However, the most surprising moment came close to the end of the service when Stevie Wonder walked on stage in front of a capacity crowd at Staples Center in Los Angeles.

In 2016, Nipsey may have predicted the tribute. On the song “Oceanviews,” Nipsey imagines his own demise and makes suggestions of how he would like to be laid to rest. One suggestion is that a song by Stevie Wonder is played.

“My procedures, stay crackin ’til my life’s low / Then when I die, blue rag around my rifle / Hundred-thousand in my coffin, that’s just life though / Play a Stevie Wonder song, smoke some flight, bro…. Until that day I’m walking toward what’s in my sights, though,” Nipsey raps.

Wonder would perform Nipsey’s favorite song, “Rocket Love,” and “Tears in Heaven.” He also took a moment to speak about the issue of gun violence.

“We, to be a civilized nation, civilized world, we still are living in a time where ego, anger, jealousy is controlling our lives. … We must have stronger gun laws. It’s unacceptable.”

Wonder is not the only legendary musician with interesting ties to Nipsey. The last artist to have a homegoing service in the Staples Center was Michael Jackson.