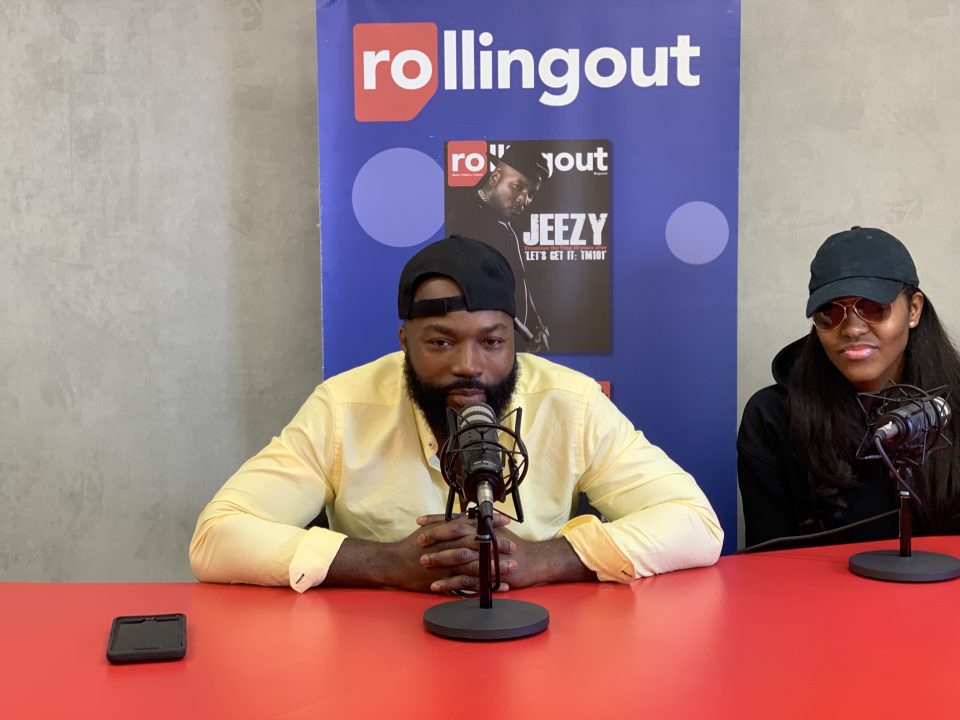 Meet chef Lawrence Page, restaurateur and the star of WE tv’s “Hustle & Soul.”

Favorite chef: Chef Lawrence Page. “Sorry baby, but I love myself like I cook my food.”

Describe who chef Lawrence Page is in three words.

How did you get your start in the culinary industry?

I got started while I was on a restaurant tour before I got started as a chef at the Pink Teacup Villa franchise. To make a long story short, chefs kept quitting on me, so I decided to cook myself. My mother taught me how to cook, but I knew I didn’t want to be an average chef. I wanted to be fit and look good. I wanted to look like “bae,” so I said let me learn how to cook like “bae.”

Will you be able to showcase those talents on “Hustle and Soul”?

I’m definitely going to showcase those talents. WE tv found out I was a little too urban for them, but they love me. I brought some of the flavor they were missing with the hustle.

Briefly tell us what we can look forward to seeing on the show.

You can look forward to a lot of things during the show. I’m married now, so Ana [Lavender] really took over the front of the house and made my Black a– go to the back of the kitchen. You’ll see a lot of confrontation and hustling, as well as us managing other crazy people’s lives that work for us.

What’s been your biggest accomplishment so far?

My biggest accomplishment so far has been getting married. Not going to lie — back then I was a good man, but I wasn’t a great man. Somebody told me when success and money come with independence and fame, that temptation will be in front of you. It was hard for me to say no. The hardest thing was saying “OK, I’m just going to go to bed with one woman.”

Tell us more about the grand opening of Pink Teacup Villa in College Park, Georgia, near Atlanta?

That’s more my wife, Ana’s baby. She wants people to know that it will be lit. There will be a lot of champagne pouring, bottles popping, food, and it’s going to be a really nice night. Ultimately, I created it, but she took the brand to another level.

What motivates you as a chef every day?

Well, the fight against racism has been a huge motivator for me. I’ve always been looked down upon as a Black chef from other White chefs. The same with organizations, franchises and restaurant tours. I always tell them that we aren’t any different. The only color I see is in my food. I throw down in the kitchen, and that’s what motivates me to push harder past them. That’s what motivates me.