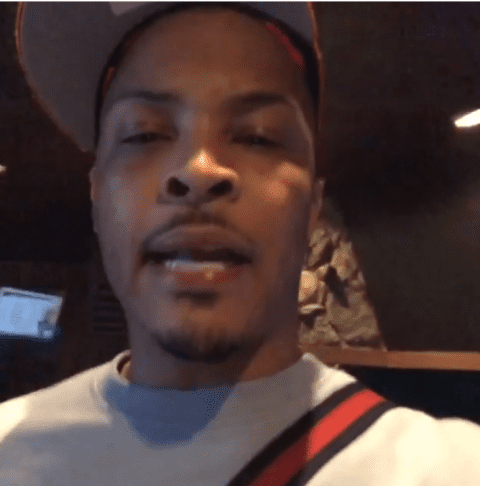 Controversial rapper Kodak Black is determined to get the last word in his beef with hip-hop boss T.I. But this time, Black waddled into treacherous waters and insulted members of Tip’s family.

In the latest exchange of insults, Kodak threw shade at Tip’s sons with a homophobic slur and referred to his wife, Tiny Harris, as “piggy.”

KD hopped on Instagram and, speaking to Tip, said that next time he needs to have his sons write a diss track.

“You should’ve made one of your little f—– a– little sons write a rap.”

In the IG Live post, Kodak accused T.I. of always running to the radio stations and online “trying to go viral every chance he gets.”

He then turned his attention to T.I.’s rap skills and his wife, Tiny Harris.

“You really mad cause you can’t rap better than me … I’m in my own lane … This where y’all come for the swag,” he said, then training his sights on Tiny Harris. “I don’t even want that b—-. I don’t even want Piggy.”

You can listen to the post here (WARNING: NSFW)

Black was responding to a recent T.I. song that seems to have the 21-year-old feeling some kind of way.

Tip rapped the following verses, but does not mention Black by name:

“I’m conditioned to see the vision, you / I don’t care if you’re 81 or 22,” he raps in the clip. “All that back and forth finna get into / I said what I said and I meant it too. N—- took it too far, better slow down / Your belief becomes your thoughts, then your thoughts become your word … I can only teach these n—– the same way that I learned / And that’s a public violation / N—– show your a– in the mall and get your a– whooped and maced / I can show you life with no consequences, I don’t know none.”

Many people believe Tip was referring to Kodak Black.

The beef between Tip and Black started when Black got on IG and said he’d give Lauren London a year to get over the death of her late boyfriend, Nipsey Hussle.

As has been reported, Hussle was shot and killed in front of The Marathon store on March 31, 2019, and Black’s comments came just a few days later. T.I. was the first to respond and tell him he was “out of pocket” and that he needed to rectify his mistake “expeditiously.”

Other rappers such as The Game also criticized Black and he was summarily banned from Power 106 radio station in Los Angeles.