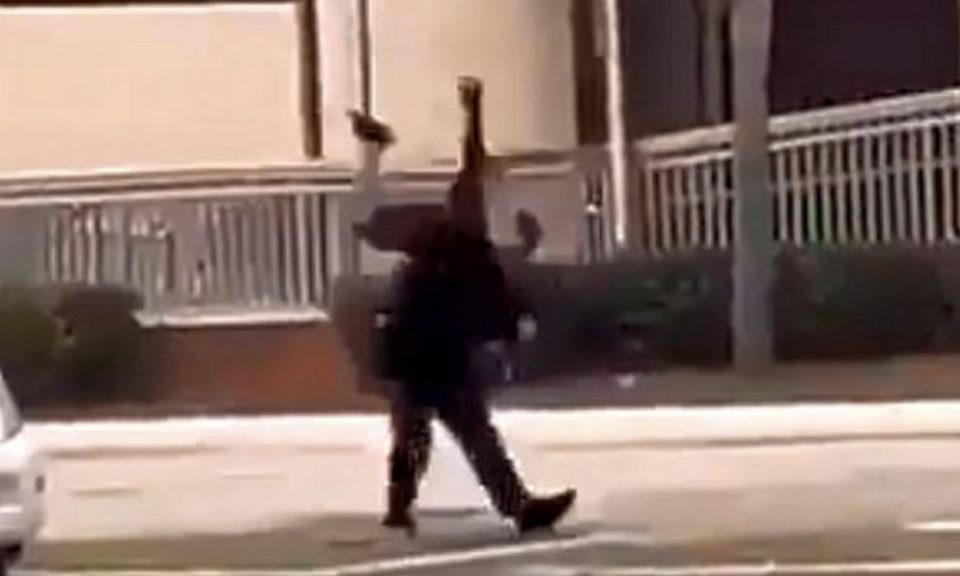 A Florida cop will not face disciplinary action after a video shows him body slamming an 11-year-old student.

Deputy Diederech Hueck was caught on video Tuesday, April 9, 2019, chasing after a student, who he lifted up and slammed to the ground at Lincoln Park Academy in Fort Pierce, Florida. Now, Sheriff Ken Mascara has stated that Hueck was justified in his use of force and labeled the unidentified Black child a “troublemaker” who has caused problems in the past.

According to WPTV, the student was in a diversionary program at the school. He was sent to the program after being charged with aggravated assault five days previously. Sheriff Mascara stated that the student had been disruptive all day and had chest-bumped a teacher. The student was in the assistant principal’s office awaiting a parent to come to the school because he was about to be suspended for his actions that day.

While waiting, the student left the office and ignored the school staff’s orders to return. That is when Hueck was called to bring the student back. An incident report by Hueck states the student “continued walking with his fist clenched and had an agitated expression on his face. His brows were turned down, and he was punching his fist into the palm of his hand.”

Hueck got close enough to grab the student, who eluded his grasp and started to run. When the deputy caught up to the student, he lifted him up and slammed him to the ground, shocking students who witnessed the incident. Mascara stated to the press that Hueck did not use excessive force, and the video does not show what happened in the minutes beforehand.

According to the sheriff, “Our school resource deputy is very familiar with this student and knows he has a violent history, including possessing weapons. At the end of the day, the deputy did everything he could to diffuse the situation, and his use of force fell within the legal and our agency guidelines.”

The student now faces multiple charges that include assault and disorderly conduct. According to the child’s grandfather, he is undergoing a mental health evaluation. The unidentified student did not suffer any major injuries and was treated at a local hospital and released with a Band-Aid.

The video if the incident can be viewed below.