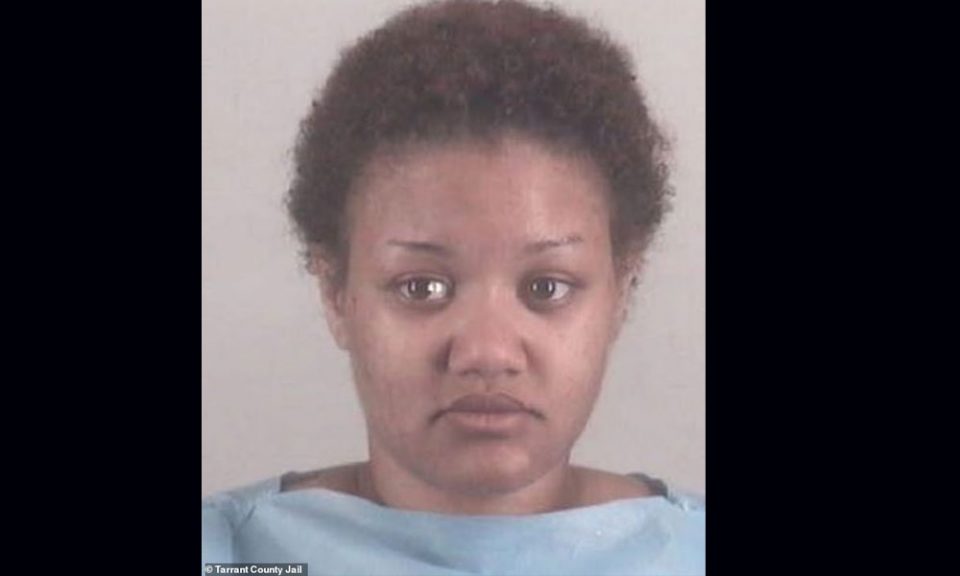 A mother is in jail after her story surrounding the death of her 6-week-old infant fell apart.

Halle Marie Murry, 25, of Fort Worth, Texas, blamed the death of her baby, Acelyn Lailani Rogers, on her 3-year-old son after telling doctors she had found her younger child lying lifeless on the floor. Now police in Fort Worth are saying it was Murry who killed her baby after an investigation and autopsy revealed the extent of the infant’s injuries.

On Jan. 14, 2019, Murry took her children to Harris Methodist Southwest Hospital. She told the emergency room staff she awakened and found her toddler son standing over the body of his baby sister.

When a doctor examined baby Acelyn, he was shocked at her injuries and incredulous that a toddler was responsible. According to the Fort Worth Star-Telegram, the doctor treating the infant told Murry that the skull fractures were the worst he had ever seen. In addition, he stated that “no way a 3-year-old could have caused this amount of damage.”

Because of the extent of the injuries, Acelyn was transported to Cook Children’s Medical Center and died a few hours later. Murry then left the hospital unexpectedly and was seen returning to her home. The hospital staff summoned police, and soon it was apparent that something was wrong.

Murry gave conflicting stories to the police and to hospital staff about the circumstances of her daughter’s death. An investigation was launched by the Fort Worth Police Crimes Against Children Unit. That investigation was completed and on Sunday, April 28, 2019. Murry was arrested at her job on a felony charge of capital murder.

According to Detective C. West, Murry had access to her apartment before police could secure the scene. The police report goes on to state that Murry found her son lying over her daughter with a metal fidget spinner. She told police her son was bad and in the past he had been violent toward his 6-week-old sister, describing how he had hit Acelyn “with objects, slapping, biting, kicking and spitting.”

Child Protective Services also launched an investigation three days after Acelyn’s death. When a drug screen was performed, both Murry and her toddler son tested positive for cocaine. An autopsy performed during this time found that Acelyn had died from multiple fractures caused by repeated blows to the head.

Murry is now being held at the Tarrant County Jail, and her son was taken into state custody.