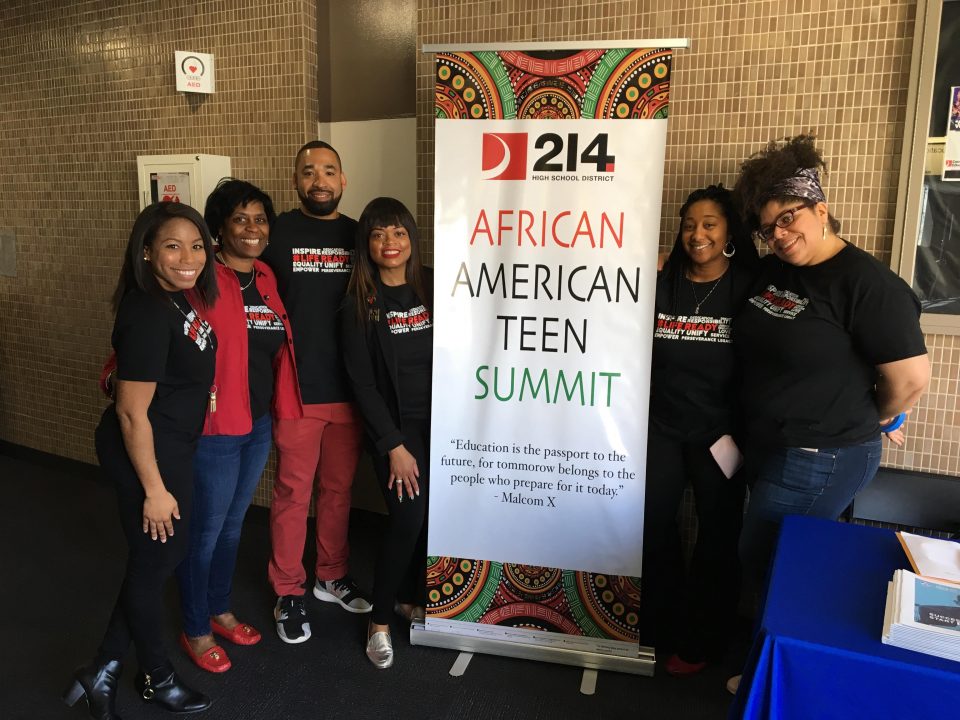 The African American Teen Summit was held on April 26, 2019, in Elk Grove Village Illinois. The summit is in its third year and was created to provide a space for high school students of color who attend predominantly white high schools an opportunity to commune with each other.

The summit consisted of workshops and performances and featured keynote speaker Valarie Humphrey, a college dropout who managed to work her way back into the educational system and become the assistant principal of Still Middle School in Aurora, Illinois.

Rolling out spoke with one of the organizers of the event, Brian Lee, the physical education teacher at Elk Grove High School, about the importance of the African American Teen Summit. “The teens don’t normally have an opportunity to be in a large group setting of people who look like them, whether it be their peers or role models, in a positive setting. They get an opportunity to connect with their African American peers that they may not normally get [to] because in each school the African American population is not more than 4 percent. They get to connect. The get to see positive and successful people [wh] look like them. Not only do they get to see the success of the mentors but they also get to hear about the struggles and realize how similar they are and they are and that they can go on and achieve those levels and far beyond,” he said.

Rolling out also spoke with a few students to get their takeaways from the summit.

“The most valuable and usable information I learned was that you must stay on track in order to reach your life goals, no goals are going to just walk up to you and say ‘hey, you’ve reached me.’ You have to work hard for the things you want, and as young kings and queens, we must strive for greatness. Another valuable thing I learned was that your education is your ticket out,” she said.

“I’d say the most valuable and useful information I learned was to never feel out of place. Being mixed with Black and Russian, I always felt out of place, especially since I grew up in West Rogers Park in Chicago without a dad. I used to get jumped at school or the playground [because] I wasn’t ‘as Black’ as the rest of my friends. But when I sat down next to someone at the summit I bumped into her with my shoulder and apologized and she told me, ‘It’s all good we’re all family here.’ I realized that she was right,” he said.

“I think it [the summit] brings people together. It unites and empowers us as Black people to do better. It helps us get things off our chest and let me know I am not alone,” he said.

Take a look at a few pics from the summit below. 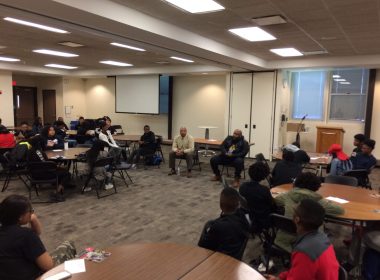 Joseph Fields, associate director of the AAAN at the University of Chicago and Eddy “Precise” Lamarre of Steed Media (Photo credit: Brian Lee) 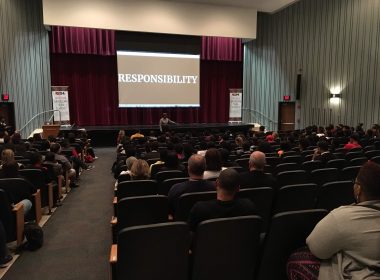 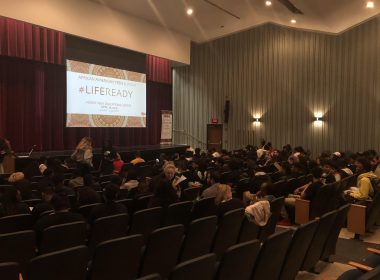 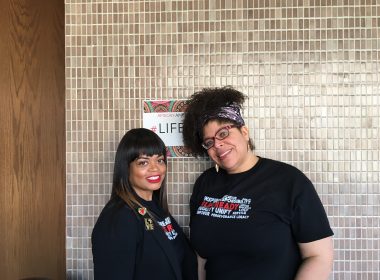 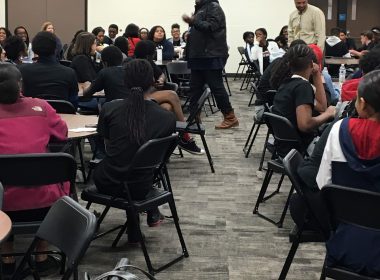 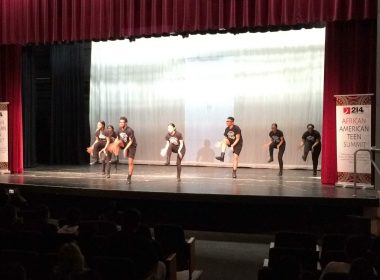 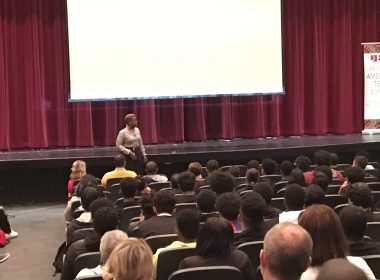