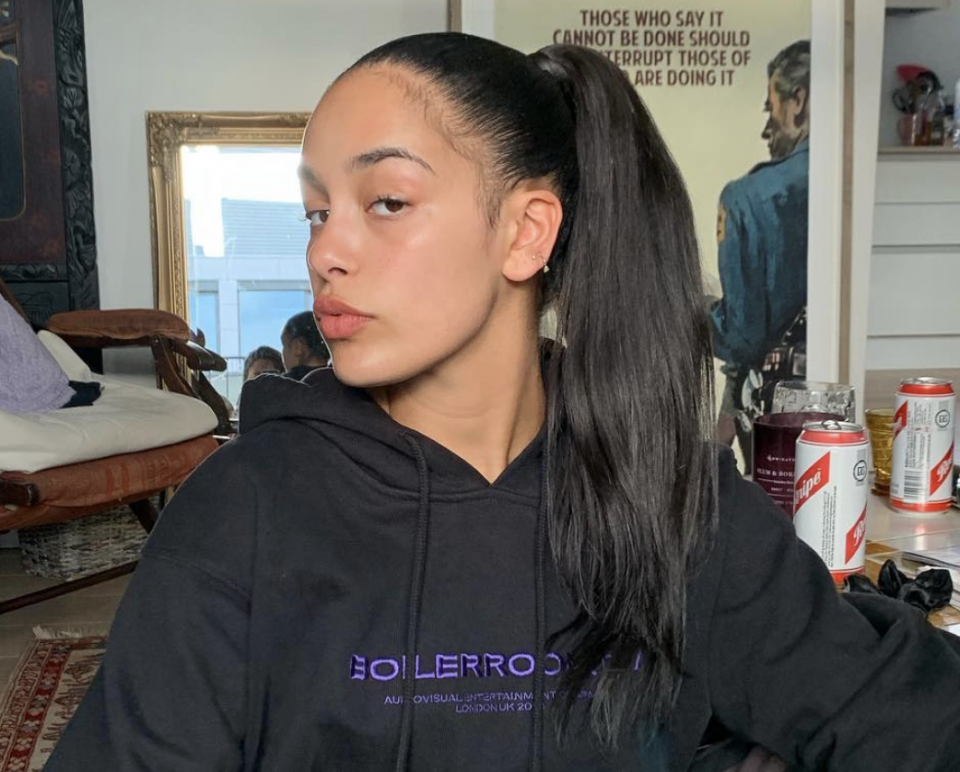 British musician Jorja Smith opens up about dealing with fame.

The 21-year-old singer skyrocketed to stardom in 2018 when she won the Critic’s Choice Award at the BRITs but has said she found the attention she was getting to be “a big learning curve.” Smith admitted to struggling with conducting interviews and offered that she needed to surround herself with “honest, real people.”

She said: “It was a big learning curve. I’m not a f—ing robot. I tried, and I can’t do it. Last year it was too much – interviewers asking me the same things, people being like: ‘You’re so amazing.’ I just wanted a bit of normality, but that’s why I’m lucky with my family and friends.

“You need honest, real people around you that have their own problems and want to talk to you about them and not just about what you’re doing all the time.”

Smith also struggled with self-confidence when it came to attending photo shoots because she didn’t fit in the “sample sizes” given to her by stylists but says she’s now learned to wear what she’s “comfortable” in.

The “Let Me Down” singer added: “Photo shoots have kind of helped because I do so many shoots where they only have clothes in sample sizes available, and I’m not sample size. Having to deal with not really fitting into certain clothes taught me a lot. If I was 15, I would have been so upset. But you just have to wear what you’re comfortable in.”

And despite her fame bringing some online trolls to her social media platforms, the “Blue Lights” hitmaker says she isn’t interested in reading what other people have to say about her body.

Speaking to ELLE UK’s June issue, which is on sale from Thursday, May 2, 2019, she said: “I don’t really read the comments. One thing that used to happen was because my tummy’s not flat if I wear tight things, it sticks out a bit.

“People comment: ‘She looks pregnant.’ People think that, because I have loads of followers, I don’t see things online. I’m training hard in the gym for someone to say, ‘You look pregnant.’ So I don’t read them. When I met Stormzy, he said ‘If you like it, that’s all that matters.’”