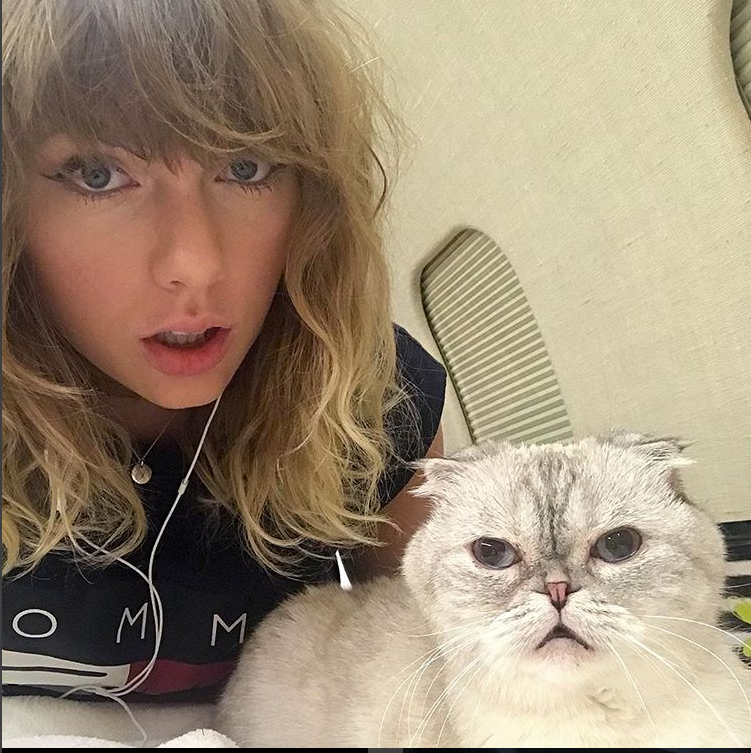 Singer Taylor Swift is getting blasted mercilessly from coast to coast for her Billboard Music Awards performance Wednesday night as fans accused her of copying Beyoncé’s iconic 2018 Coachella performance in Southern California.

The parts that stood out the most to fans were the whistle and the drumline at the beginning of each performance.

The intensity of the blowback on Swift was so fierce that it was derisively characterized Swift’s performance “MayoChella” in comparison to Coachella being renamed “Beychella.” Even mainstream publications such as Fox News, USA Today and Newsweek took note of the clash between Beyoncé and Taylor Swift fans over the apparent jacking of Beyonce’s performance.

Check out Swift’s performance below and compare it the Queen Bey:

Fans were not the only ones who noticed the striking similarities. Singer Luke James was aghast at Swift’s Billboard performance, and his post brought a swift rebuke from the legion of Swift fans: 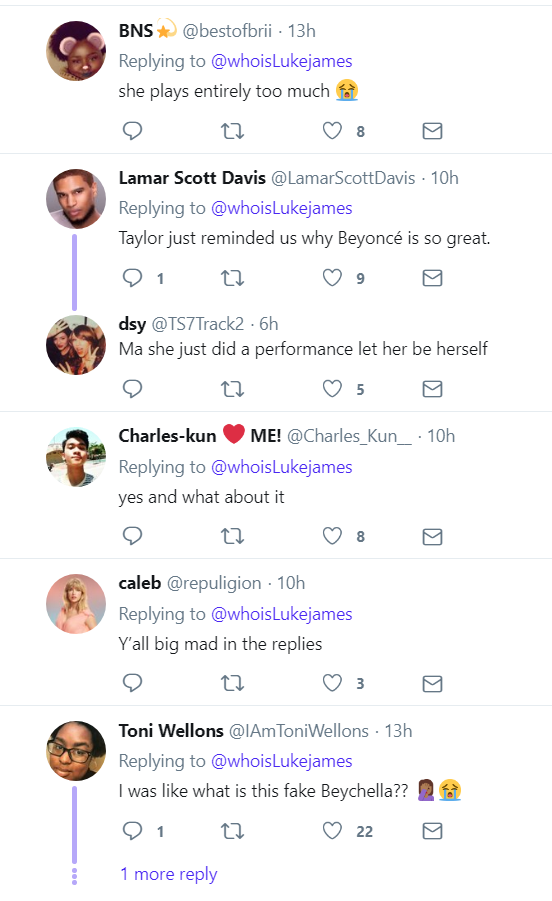 Newsweek admitted that Swift’s Billboard performance was very much like Beyoncé’s as it wrote: “The similar set concepts were undeniable—and, of course, drew the ire of plenty of Beyoncé fans,” while USA Today added: “There were also plenty of “Bring It On” jokes, referencing how the majority-white Toros stole the black Clovers cheer squad’s routine.”

Newsweek also noted, like many others, that this is not the first time that Swift has been accused of copying the “Lemonade” singer. Swift’s “Look What You Made Me Do” in 2017 appeared to rip off Beyoncé’s 2016 Lemonade video, most notably when Beyonce, in all black, stood “on a porch surrounded by dancers.”

Take a look at the reactions from fans:

I am watching the Billboards why do Taylor Swift got a Band like Beyoncé? No personality. 🙄🤚🏾 pic.twitter.com/OFS5INOLVE

Me a Beyoncé fan showing my allegiance to her as I offer to sacrifice 6 of Taylor swift drummers from last night…. pic.twitter.com/85ovSAr7D7