Rolling out’s Master DJ series spotlights DJs recognized in their respective cities who are making an impact in their communities. Alabama raised Gerald Knight—known professionally as DJ New Era—has created a lane for himself as a top-notch veteran DJ credited with residences in Atlanta, New York, Texas, and other major markets.

Rolling out recently caught up with DJ New Era to learn more about his style and his process for selecting a song to play during his sets.

How did you come up with your Dj name?

My name came about from wearing hats. I own over 300 fitted caps. I would always have on a different fitted cap for every gig I played at, so a buddy of mine said my name should be DJ New Era. I had the name DJ Fitted Cap, which someone said was very corny. I changed it up to DJ New Era because of the New Era hats.

I started off as the bootleg CD guy in high school. When I went to college it was brought to someone’s attention I was the guy who had all the music and the rest fell into place. I would say the year of 2008 was my intro into becoming a DJ.

I prefer to mix the old school with the new school because the old school is what paved the way for the new school. As a DJ, it’s my job to create a story for you while on the dance floor. You never know a certain the age of the crowd until you drop records. I always save the hits for last.

“This Is How We Do It,” Montell Jordan

“Before I Let Go,” Frankie Beverly And Maze 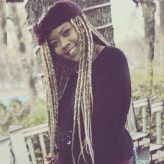