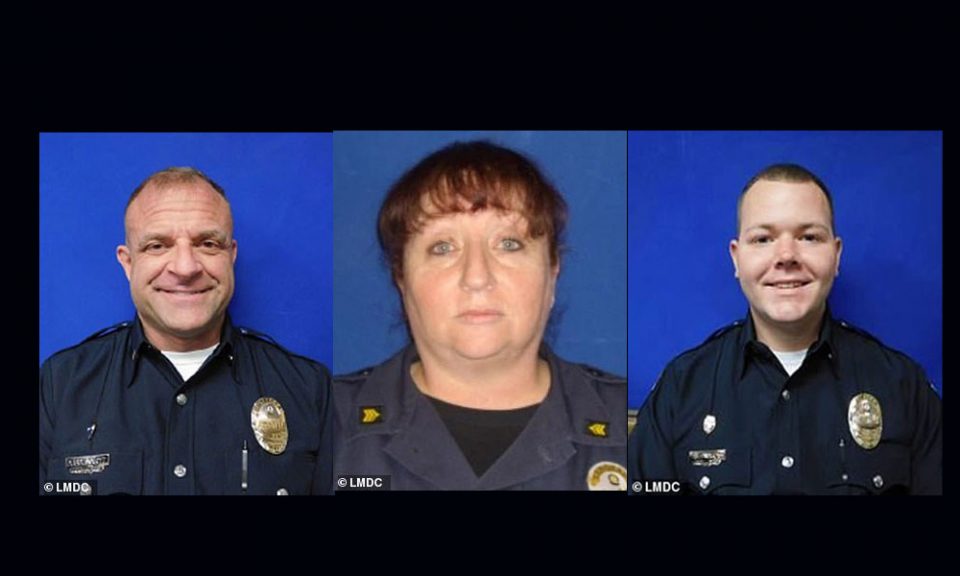 A horrible case of a Black inmate being abused in a Kentucky prison has resulted in a federal indictment of two former guards and their supervisor. A press release on Wednesday, May 9, 2019, announced the federal grand jury indictments of David M. Schwartz, 48, Donna K. Gentry, 55, and Devan Edwards, 21. The three are accused of violating the civil rights of Terry Whitehead, 19, at the Louisville Metro Department of Corrections. Whitehead was handcuffed and not resisting when he was beaten by jail guards and it was caught on body cam video worn by his attackers.

The disturbing video shows a bloody Whitehead trying to reason with the guards not to hit him anymore. He is heard to say: “I swear to God, I don’t give you problems like that,”  and then he is struck with a brutal blow by correctional officer David Schwartz.  According to  Metro Corrections Director Mark Bolton, Schwartz is a former Marine, who “didn’t have the temperament for the job and often flew into ‘fits of rage.” 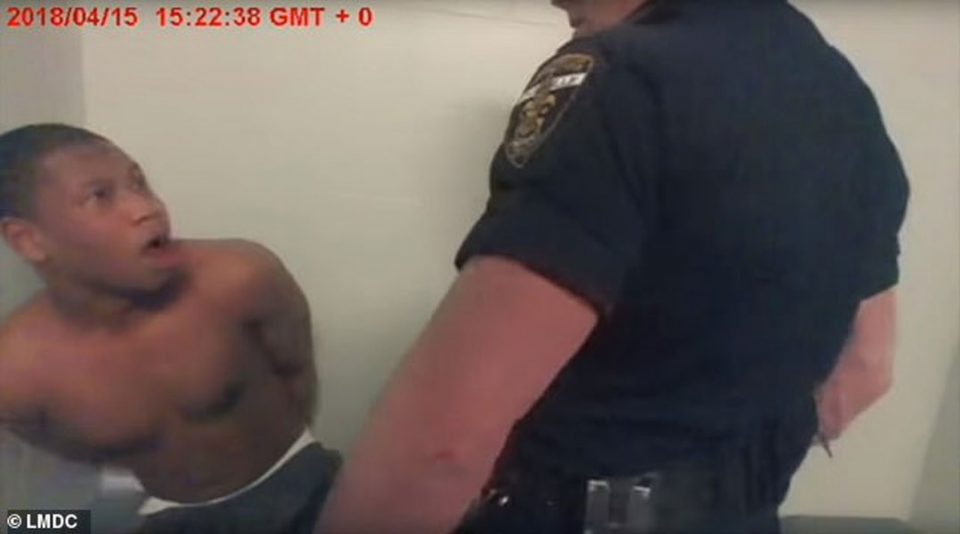 Terry Whitehead was beaten by guards while handcuffed and pleading for his life (Image Source: Louisville Metro Department of Corrections)

Another officer in the video is heard to accuse Whitehead of spitting at the guards, but that is not evident. Whitehead is seen to lift his legs in a defensive posture to ward off blows and is ordered to lower his legs, as the beating continues. A battered Whitehead is heard to exclaim: “This is wrong, this is wrong. I’m telling my mother,” as a highly agitated Schwartz leaves the cell with blood on his gloves. The guards and their supervisor then falsify incident reports to claim that Whitehead was the aggressor.

This attempt failed after Bolton reviewed the tape and fired the guards two days later. According to the press release for the Department of Justice:

“The indictment charges three felony offenses against Schwartz and one felony offense against Gentry. Schwartz is charged with depriving the inmate of his right to be free from excessive force (resulting in bodily injury), and with filing two false reports, one of which wrongfully accused the inmate of assaulting on an officer. Gentry is charged with obstructing justice by filing a false use of force report, and by directing a subordinate officer to file a false use of force report. The maximum penalties for the charged crimes are 10 years of imprisonment for the deprivation-of-rights offense and 20 years of imprisonment for each of the false report and obstruction offenses.”

The video of the assault on Terry Whitehead can be seen below.