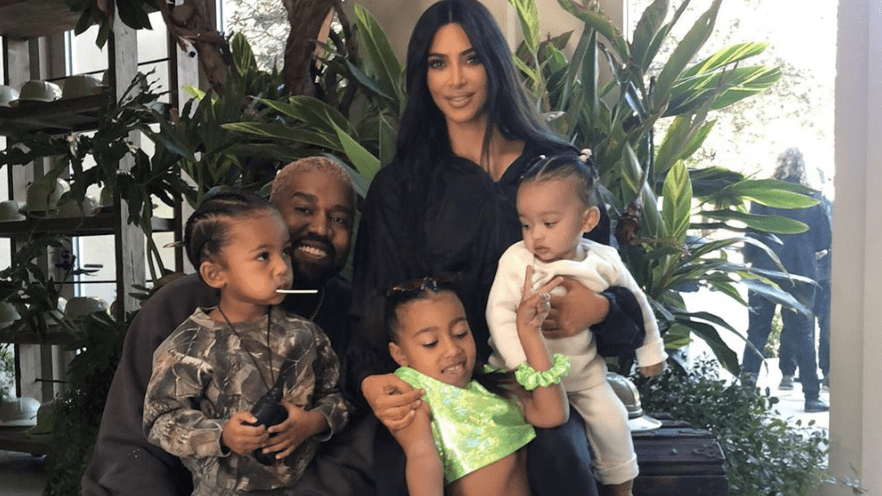 The West family plus one makes six. (Photo: Instagram – @kimkardashian)

The couple has been expecting their fourth child, and second via surrogate mother after daughter Chicago was born in January 2018, and on Friday, May 5, 2019, the 38-year-old reality star revealed they are now the proud parents of a baby boy.

In a simple tweet, the “Keeping Up with the Kardashians” star wrote: “He’s here and he’s perfect!”

As of the time of writing, their new arrival’s name has not been revealed, although he now joins Chicago, 5-year-old North, and 3-year-old Saint as the fourth child and sixth member of Kim and Kanye’s family.

The baby’s birth comes after Kim’s sister Kourtney Kardashian revealed on “The Ellen DeGeneres Show” on Thursday, May 9, that Kim’s surrogate had gone into labor.

Appearing on the show alongside her mother Kris Jenner — who was unaware of the impending birth — Kourtney said: “So, my mom doesn’t even know this, but Kim’s surrogate went into labor. So she’s at the hospital.”

A delighted Jenner screamed: “No! What are we doing sitting here? Come on, Ellen. Fire up the car.”

DeGeneres added: “So, we had to keep it quiet, but yes, that’s why she’s not here. Because the surrogate went into labor so she’s there.”

Kourtney said: “Nobody knows, so everyone in the audience, don’t tell.”

Last month, Kim held a baby shower to celebrate her fourth child, but rather than baby-themed games, the brunette beauty went for a wellness-focused approach featuring meditation and CBD products, which is short for cannabidiol, the chemical extracted from the cannabis plant.

She told her guests: “So, because I’m freaking out and the baby’s coming in, like, two weeks, I thought what better way to celebrate than to have a little CBD. And we’re gonna do a sound bath because I can’t meditate. It’ll only be 10 minutes, but I thought it would be just cool for us to do — to zen out on a Saturday.”