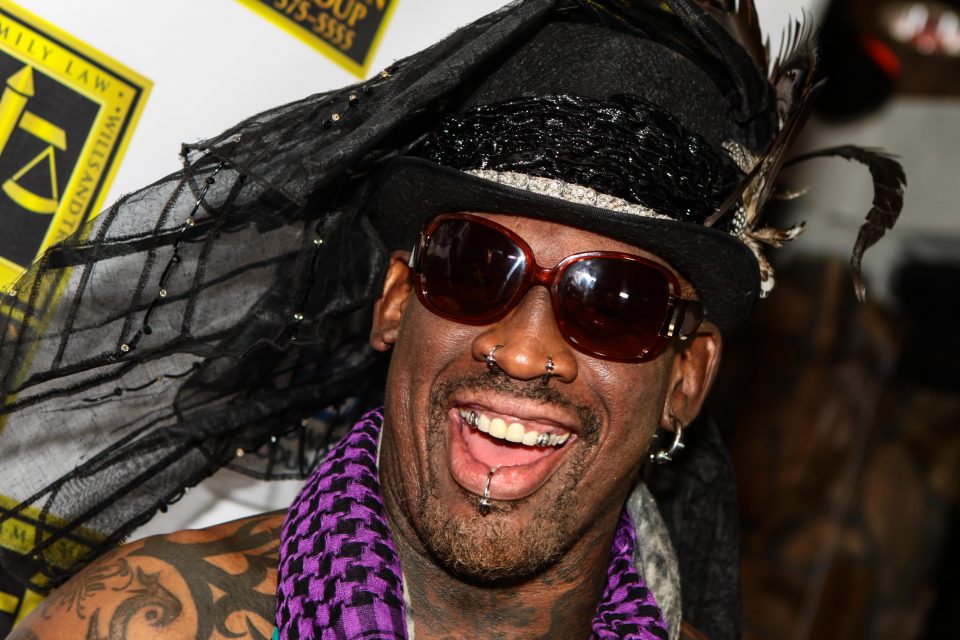 Even when he was winning a collection of NBA titles as a Hall of Fame rebounder-defender for the Detroit Pistons and Chicago Bulls, Dennis Rodman was seen as a person who had a tenuous grasp on sanity. And what he has allegedly done in the past week confirms this widespread sentiment of him as a lunatic and a caricature.

Just 24 hours after allegedly barging in and stealing from a Southern California yoga shop with the help of his associates on May 7, 2019, Rodman allegedly returned to the store to steal from them again the very next day.

The owner of VIBES Hot Yoga explained to TMZ Sports that Rodman and his pals came back to the scene of the alleged crime with one of his female associates wearing one of the outfits she is suspected to have stolen the day before.

As TMZ Sports explains it, the staffers combed through the surveillance footage after Rodman and his crew left and discovered that more clothing was allegedly stolen.

The question as to why the staff did not call the Newport Beach Police Department when the VIBES staff saw Rodman and company sauntering into the story on the very next day was never asked.

On this second occasion, the staff reported to law enforcement that Rodman was acting strange — which is relative when it comes to the former Madonna boy toy — as he seemed to distract the staff by “gyrating” and “hip-thrusting at the counter” while his pals allegedly took more items.

The authorities in Newport, about a 90-minute drive south of Los Angeles, said they are investigating, but no arrests have been made.

TMZ later caught up with Rodman, who profanely claimed that he didn’t “steal s—.”