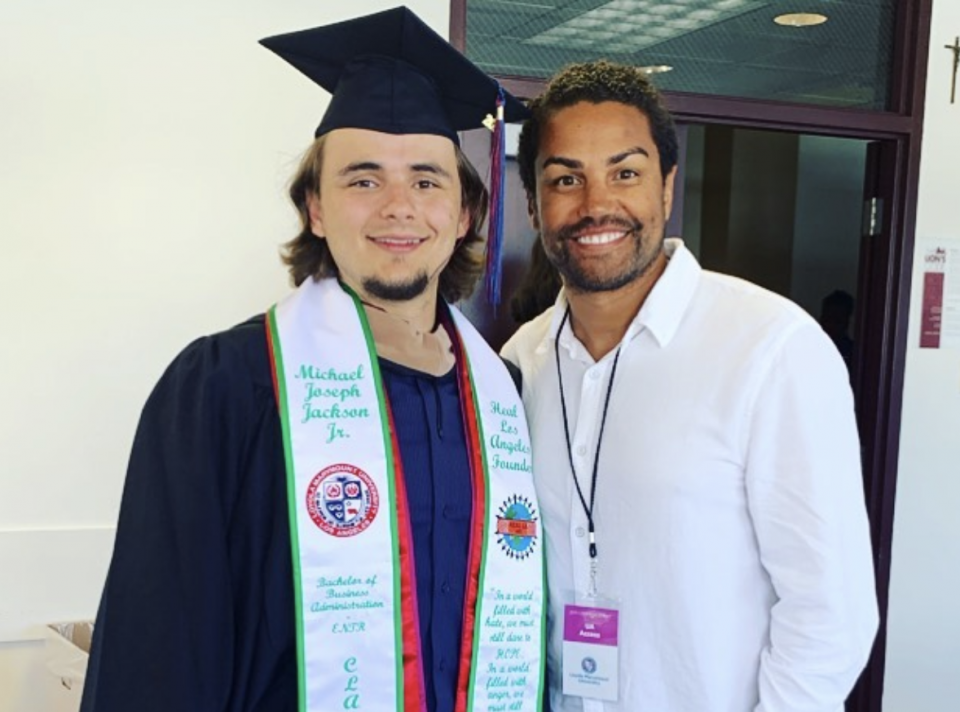 Prince Jackson has graduated from college.

The 22-year-old son of the late Michael Jackson became a college graduate on Saturday, May 11, 2019, when he picked up his bachelor’s degree in business administration from Loyola Marymount University in Los Angeles.

Prince’s cousin TJ Jackson posted a picture of the pair on social media and wrote: “Prince, it’s been a long road but you did it. Keep learning, keep growing and keep giving back! So so proud of you. I love you. #graduation #congrats #proudcousin. (sic)”

The eldest child of the late King of Pop also let his fans and followers on Instagram know that he rode his motorcycle to his ceremony.

Although Prince hasn’t publicly spoken about what he hopes to do with his degree, he did confirm last year that he wants to carry on his father’s charity work.

Speaking in September as he picked up Motif Lifetime Medal of Honor, he said: “This is a really special moment for me. My dad did some cool things, but his biggest passion was helping others. I learned how important that was from him. We called the foundation Heal LA, because the goal was to further the cause of dad’s Heal the World organization and start locally by helping out at home. John and I got together with a few of our friends at school and decided to do little things to help out. All of a sudden, it just got bigger and bigger. We were giving more and hosting more events, and all of these amazing people started helping. Let’s heal LA and Heal the World.”

And Prince said he thought the “Thriller” hitmaker would have been “very happy” with his work.

He added: “Our generation, they focus on the wrong things, like, ‘Who’s wearing what? Who’s doing what? Who’s vacationing where?’ There are real problems going on in the world that can be helped not by powerful people but by everyday people who just go in and devote their time. You should be decent enough to help out or want to help out your fellow man or woman.”