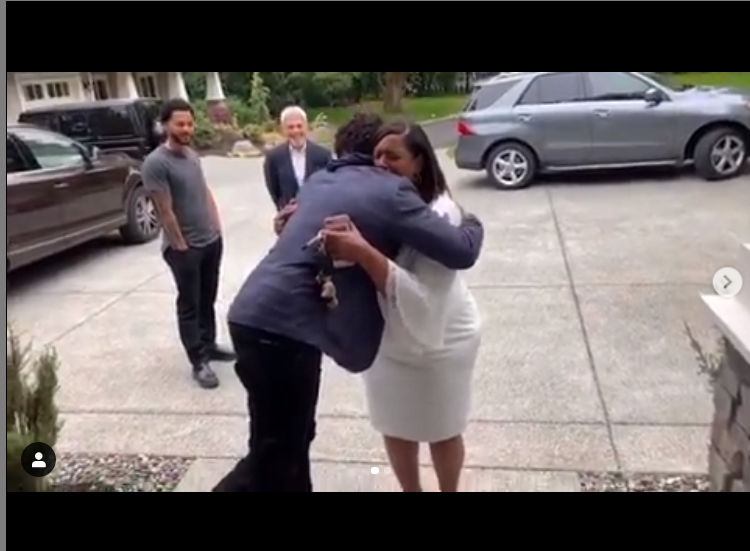 We know what star NFL quarterback Russell Wilson did with the money. At least some of it.

Less than a month after becoming the highest-paid quarterback in the National Football Leauge with the $140M contract with the Seattle Seahawks, the well-respected Super Bowl winner gave his mother the shock of her lifetime for Mother’s Day.

On the April 15 deadline that Wilson set for the Seahawks to negotiate a deal with him, Wilson became the highest-paid player in the league with a contract that includes a $65M signing bonus. According to Forbes, that deal bested the one enjoyed by Green Bay Packers’ quarterback Aaron Rodgers’ 134M deal he signed in August 2018.

With vastly deeper pockets, Wilson, 30, reached down and pulled out thick stacks of “bands” to gift his mother, Tammy T. Wilson, with her own brand-new mansion.

Russell, the husband of singer Ciara, 33, stood cheesing on the top steps of the new home while the mother screamed at the news before dissolving into tears.

Check out the moving video below:

All these years you have never asked me for anything… only thing you ever wanted is for me to LOVE. Well thanks for loving us the way you do. This ones for you. I love you momma. #HappyMothersDay #GodIsGood 🏡