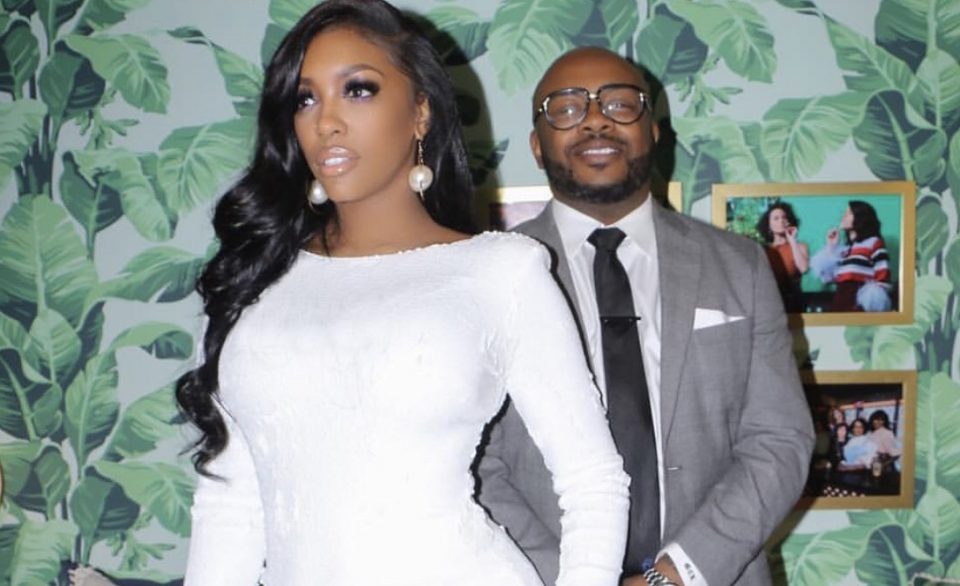 Before entrepreneur extraordinaire Dennis McKinley showed up,  viewers watched Porsha Williams kiss a few other frogs, but ultimately remain open and hopeful in her pursuit of finding the one.  The previous season of RHOA introduced audiences to Dennis McKinley, an established businessman in Atlanta with several legitimate businesses including an insurance company and the popular franchise, The Original Hotdog Factory.

Dennis weathered the storm of meddlesome cast members with little response to the cattiness thrown his way by the other ladies and instead of putting in a cameo appearance, he became a regular proposing to Porsha and becoming a series regular.

We asked Dennis what it was about Porsha that made him want to give up the bachelor-in-demand lifestyle he’d been enjoying in Atlanta before he met her.

How did you and Porsha meet?

Porsha and I met years ago, so I’ve known her for a while, but it was just in passing or whatever. She came in my club [Daydreams] and so I made sure she was good. We have celebrities in all the time and we make sure they have a section, drink and all that. So I saw her and she was looking so good, I was like, “I got to talk to Porsha” this time. (laughs) So we talked and basically, once we started talking we’ve been together ever since.

Porsha went through a really bad heartbreak before you, were you worried about her being hard on you because of her past?

We’ve all been through things before, we’ve all been hurt. I don’t think it’s realistic to think that people should be single until they 100 percent recover from their hurt from a past relationship. Everyone has baggage, etc. you just have to find a person that is right for you and move on.

What was it about Porsha that made you fall in love so quickly?

Besides her being beautiful, she is just down to earth. I know she seems funny on the show, but she is really just like that in person. She is funny and a lot of fun and we just clicked. We became best friends and it felt easy, natural.

When two people both want the same thing, it’s an amazing place to be. We were honest with each other from the beginning and we talked about everything. Once we decided to be together we talked about our pasts because we knew people were going to come out of the woodwork from both our pasts, but we both knew it and were prepared.

Your special “Porsha’s having a Baby” did really well on BRAVO. What’s next for you both as a couple?

The wedding is planned tentatively for New Year’s Eve, so I’m sure the show is going to show us planning a wedding really fast. But other than that I’ve been doing business for years outside of the celebrity world, and Porsha’s been capitalizing on her celebrity. But by the two of us being together you should expect to see Porsha diversifying her business outside of entertainment. At the same time, she is teaching me a lot about how I can do more with the entertainment side. So you will definitely see elevation on both sides. That’s what love and the right partnership does, right?