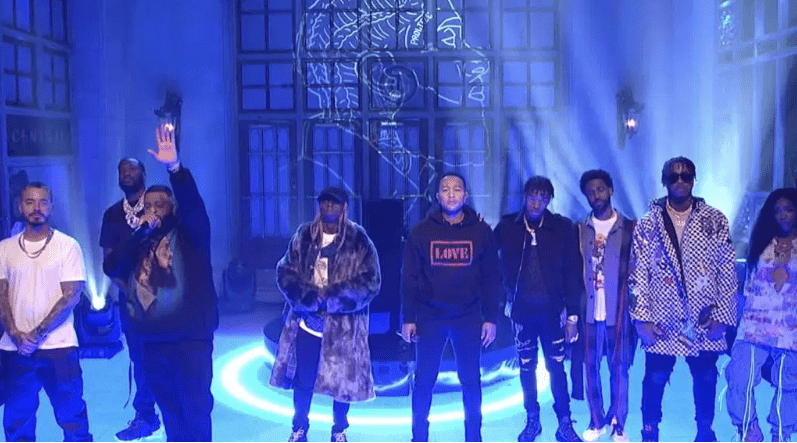 The respect that Nipsey Hussle commands is evidenced by the myriad of A-list artists who continue to pay homage to him.

DJ Khaled used the vast “Saturday Night Live” platform to celebrate the late legendary rapper, businessman and philanthropist. Khaled, donning a sweatshirt with Nipsey’s likeness, was joined onstage by Meek Mill and John Legend to perform the song, “Higher,” at the end of Khaled’s medley of hits.

Khaled, Legend and Nipsey shot the video to the song “Higher” in Nip’s hometown of Inglewood, California, just days before he was murdered in front of his Marathon Clothing store in South Los Angeles on March 31, 2019.

Khaled vowed to Nipsey’s surviving family that the proceeds from the “Higher” song and video would go to Nipsey’s two children.

“The very title of the song reminds us that vibrating on a ‘Higher’ level was the essence of Nipsey’s soul,” DJ Khaled said. “It is in this spirit, of moving forward, of preserving his mission that I, my co-writers, producers and label partners are donating 100% of all our proceeds from ‘Higher’ to Nipsey’s children, Emani and Kross.”

Here is the video to “Higher” featuring Nipsey, Legend and Khaled below: