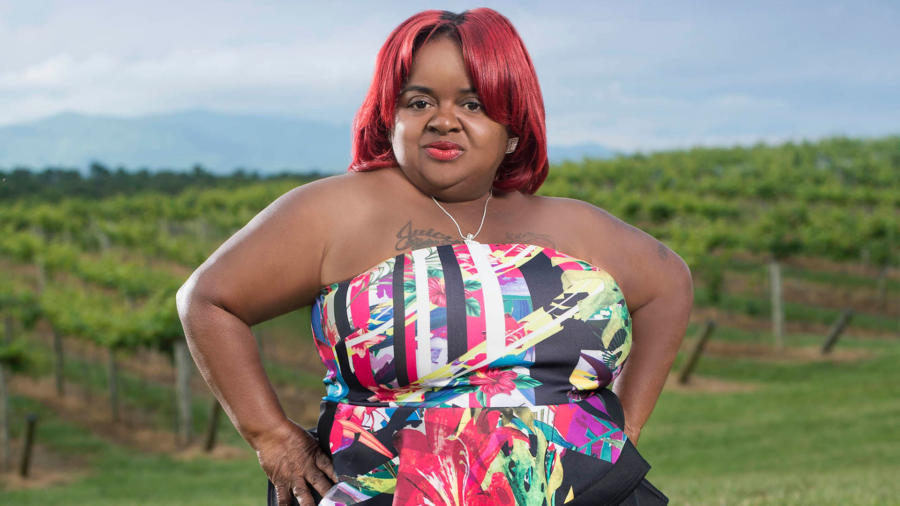 “I was trying not to be a crazy fan when I met Niecy because I love her so much! I didn’t get to tape with Niecy when I was first on the show last season, but this season I got to do scenes with her. I called my publicist Tu and was like, ‘OMG, I’m with Niecy.’ Just for everything she represents and the fact that she is such a veteran in the business and such a powerhouse, it is an honor to work with her,” Ms. Juicy gushed about the “Claws” star.

While Nash may be a role model for Ms. Juicy, the pint-sized powerhouse has some serious experience under her own belt. She has worked with radio personality Rickey Smiley for over 12 years and is currently holding down numerous jobs and still doing stage plays and appearances. “I have to stay busy,” she explains when asked how she juggles her Lifetime reality series, “Claws” and the morning show while still taking on new challenges.

Work is her priority right now but Juicy shared some dating challenges as well.

“I don’t have time to really vet people. I rely on my publicists and team to help with that,” she laughs. “I have crazies in my DMs so I just let them introduce me to people so that I know they at least made it passed their test.”

Juicy was very clear about what she wants in a mate. “I would prefer to date someone in the entertainment industry because it’s just easier, they understand your lifestyle and your schedule. I’m very busy and I need someone else equally as busy,” she said.

As for her whether she prefers dating a little person or an average-size man, Juicy said, “I like tall, dark and handsome men, with muscles. I prefer men over 6 feet [tall]. So I can say that’s what I’ve dated in my past. I’ve never dated a little person, but I’m open if the right person comes along — but really I prefer my men tall.”