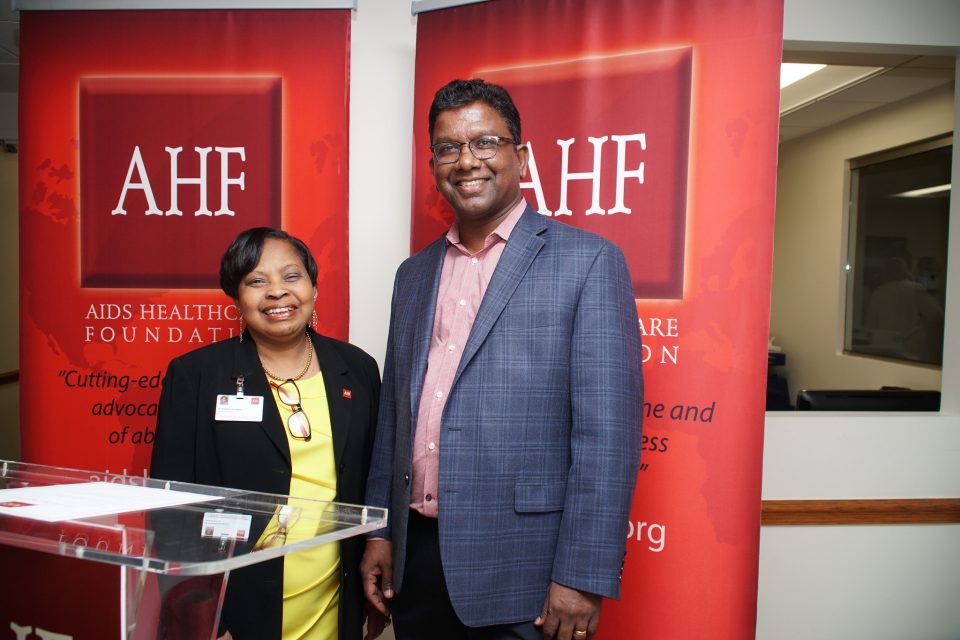 Since 2009, AIDS Healthcare Foundation has served the District of Columbia, addressing the growing rate of new HIV diagnoses.

AHF medical director Dr. Roxanne Cox-Iyamu spoke with rolling out about the organization’s impact in the D.C. community.

AHF has been in Washington, D.C., for 10 years. Have you made an impact?

Sure. I definitely think that we’ve made an impact. We’re very active in the community not only with the specific issues as far as HIV testing or getting people on HIV PrEP, but it’s important to us that, the care that people get in that the interaction with the community and the pharmaceutical companies and the government is one where our people are getting the best outcome. About two years ago, 340B, that’s a program that allows us to purchase medications at a reduced rate because we’re Ryan White provider, was in trouble.  I actually met with some of the people on Congress with a group of other AHF people where we made them aware of what the issues were as far as 340B to keep 340B because Pharma is trying to make it seem as if it was costing the government money and people money, but truly it was a neutral program that helped us be able to provide services for people who were out of care. So that’s two instances where I think we’ve definitely made a difference.

Since your tenure with AHF, have you been able to increase HIV awareness and testing?

Yeah, I’m very proud to be involved with the health department. They are proactive and aggressive as far as the testing and treatment, getting people on PrEP, going into the communities and seeing what other resources are needed and working with the providers, not only with the Ryan White Fund, but technical assistance and the like. I think that definitely, we’ve been able to increase awareness as far as testing, increase availability as far as testing and increase both awareness and availability as far as treatment and PrEP.

D.C. is a predominantly Black city, how diverse are AHF’s patients?

We’re located at K Street. It really doesn’t vary as far as the demographics of the population. At K Street, about a third of our patients are women. Most of the majority of our patients are MSMs [men sleeping with men] of color. I’d say a little less than a third are Caucasian men who are gay. I have a small group of heterosexual [patients]. In Temple Hills, I think the heterosexual population there is probably larger, not big, but definitely larger than at K Street. There is diversity and it varies [from] site to site. We’re at a spot where we’re in a doctor’s office building. So, it offers great anonymity to be able to come here. People working there [can] work their doctor’s appointments around their job schedule. We’re able to see people that way, too.