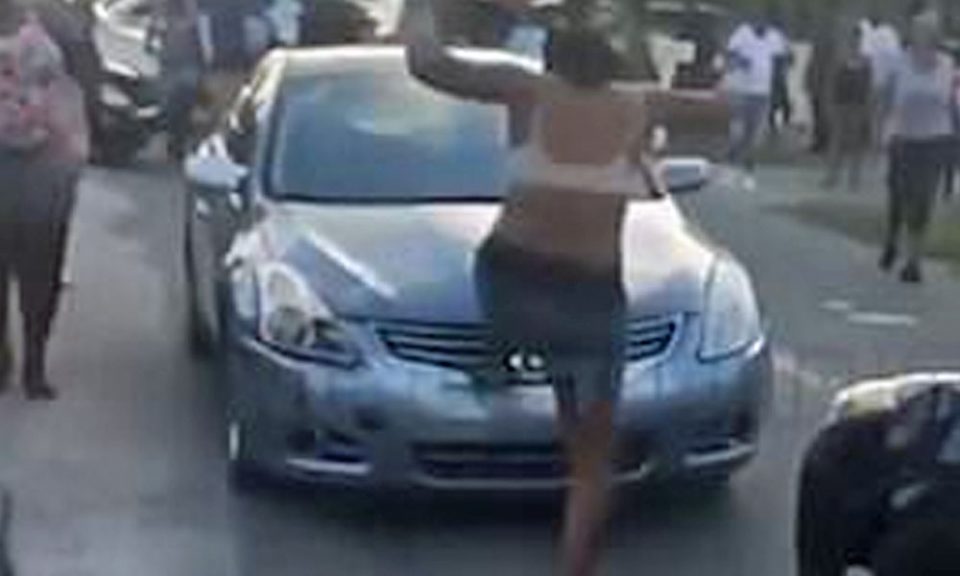 A road rage incident caught on video is going viral and serving as a lesson to others. In the video, a woman is seen jumping on the hood of a car twice and shouting angrily as a crowd looks on. As she goes back to her own vehicle, the other driver rams their car into the woman’s car and traps her leg.

The crowd reacts in horror and then laughter as the woman’s leg is crushed and the other car drives away. A person in the crowd is heard to yell “you tore her leg off” as the crowd continues to react to the violent assault.

According to GEICO insurance “nearly 80 percent of drivers expressed significant anger or aggression behind the wheel at least once over the course of the prior year. The consequences can be serious. Aggressive driving played a role in 56 percent of fatal crashes over a five-year period, according to one analysis.”

Experts recommend that when encountering an aggressive driver people should follow a few basic tips:

Stay away: Safely change lanes, gradually slow down or even exit the highway to keep a safe distance from the aggressive driver.

Don’t retaliate: Ignore the temptation to respond to the other driver; it could cause the situation to escalate. Don’t make eye contact.

Don’t stop: Stopping could lead to a person-to-person confrontation, which could be dangerous.

Watch your back: If you’re worried that the other driver is following you, keep your doors locked and drive to the nearest police station.

The video of the road rage assault can be viewed below: