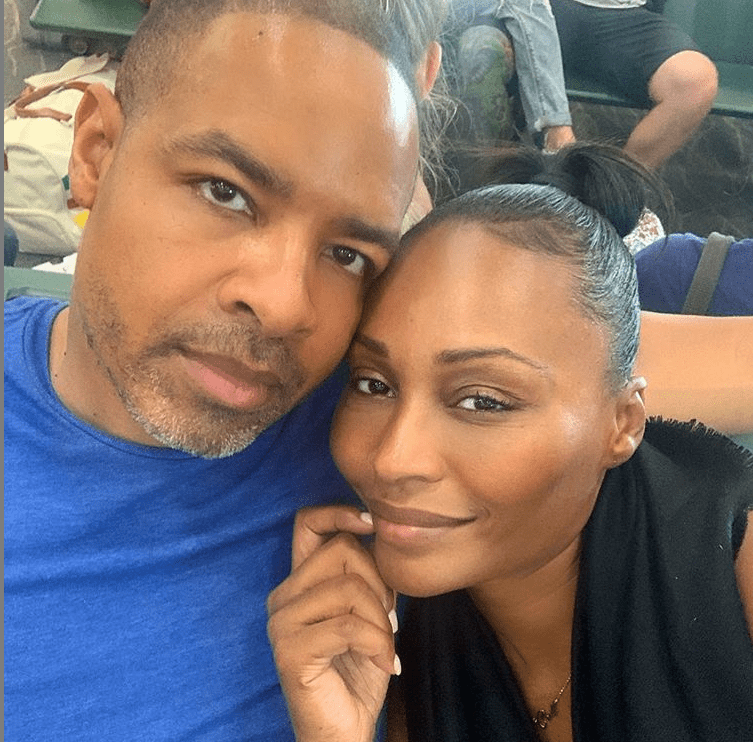 During their trip to the Caribbean islands, both Cynthia Bailey and boyfriend Mike Hill posted communication that has folks thinking he popped the question.

The “Real Housewives of Atlanta” star and the sports reporter for ESPN, were both in Negril, Jamaica, to attend the wedding for a close friend. Bailey was also one of the bridesmaids.

Both were being slick and coy with their verbiage on their Instagram posts, such as this one to Hill’s 76K followers:

“Taking this to the next level. Both of us @cynthiabailey10 are afraid of heights and can’t swim but together you can conquer anything. I asked her and she said yes! So let’s see what we can concur and accomplish next!! #CHill #LoveIs#PositivetyProsperityPeace.”

Taking this to the next level. Both of us @cynthiabailey10 are afraid of heights and can’t swim but together you can conquer anything. I asked her and she said yes! So let’s see what we can concur and accomplish next!! #CHill #LoveIs #PositivetyProsperityPeace

Some RHOA fans will perhaps dismiss that innocuous caption and say that he’s simply discussing overcoming their shared phobias. But then Bailey slickly comes back with this very telling video after they finish their ocean excursion, according to the YBF.com.

“I got a surprise up there that I was not expecting,” Bailey said.

Again, she could be referring to nothing more than, perhaps, that paragliding was not as frightful as she feared. But why use such enticing language?

Keep in mind that, after emerging from her divorce from Peter Thomas emotionally batted, Bailey vowed never to get remarried. Now that Bailey, 52, has been dating Michael “Mike” Hill, 48, for over a year, marriage is all she ever talks about. At the top of the year, she declared to BRAVO TV that she’d be married to Hill in a year. And Celebrity Insider and US Magazine reported that Bailey said she would walk down the aisle very soon or perhaps by 2020.

You get the feeling that, even if he did propose to Bailey way up in the air and overlooking the Caribbean Sea, they would not announce it for the sake of overshadowing the wedding they attended.

And you get the feeling that, if they didn’t get engaged yet, it is just a matter of time before Hill does put a ring on it. If he didn’t already.