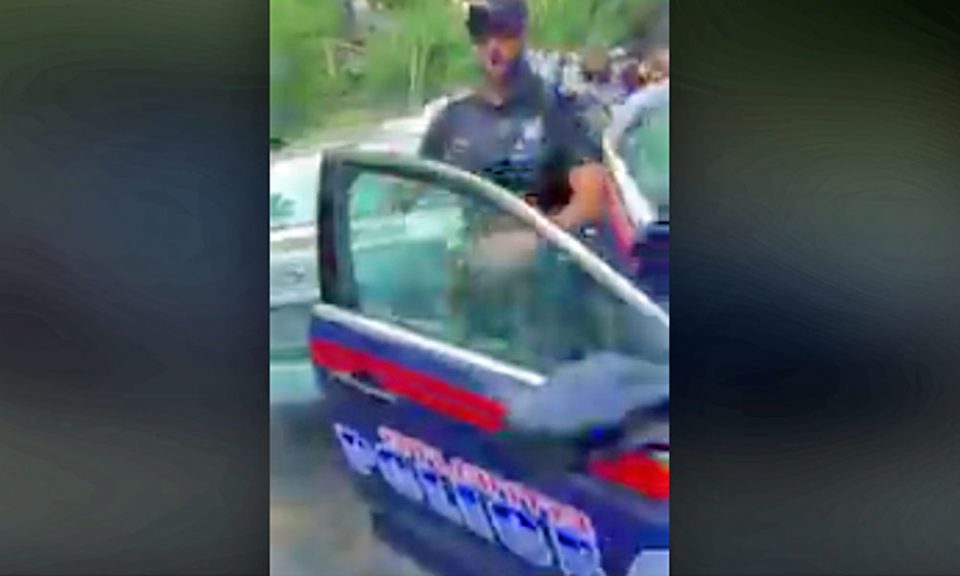 This past weekend, temperatures in Atlanta soared close to the 100-degree mark. As a result, many found ways to cool themselves and enjoy the summer heat with friends. This included a large group of young Black kids picking up water guns and buckets of water for an epic battle in one Atlanta neighborhood.

For whatever reason, the Atlanta Police Department attempted to put a damper on the fun and rolled into the area. The teens showed no fear as they surrounded the patrol car, and sprayed water. When another patrol car pulled up a short distance away, the group of revelers then surrounded that car, as an unidentified White cop decided to confront the kids. The end result was a laughing crowd and an absolutely drenched and angered cop, who was forced to flee back to his car.

No one was reported hurt or arrested at the time of this writing. The video of the encounter can be seen below: