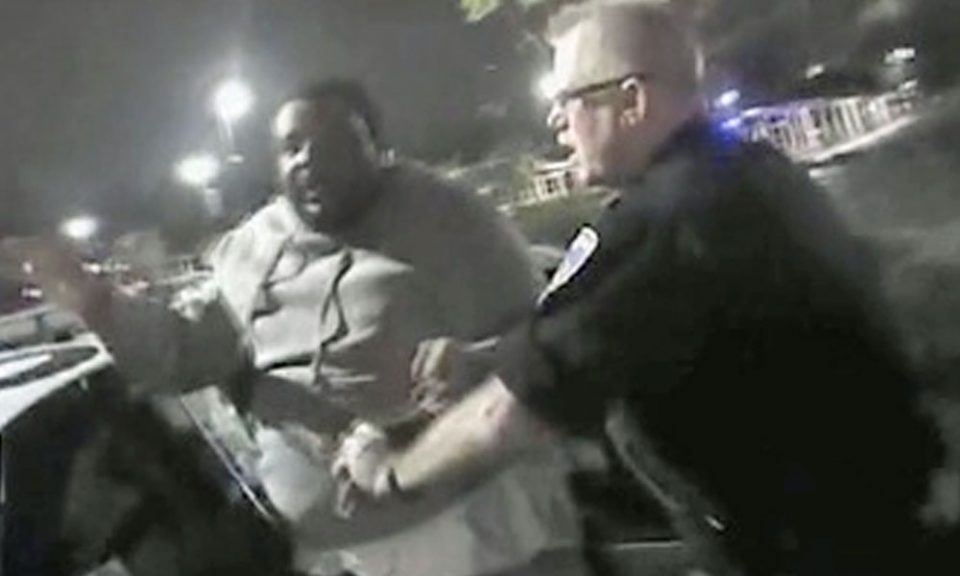 According to KTVU, family members called 911 for medical assistance because Nelson was having a schizophrenic episode on December 19, 2015. Police responded to the scene and placed Nelson in a patrol car while awaiting an ambulance. At some point, Nelson became agitated and begin kicking the windows of the car.

This prompted the police to escalate the situation as they pulled him out of the vehicle. Police then attempted to put restraints on Nelson, who is described with a height of 6’ft and weight of 350 lbs.

He was slammed to the ground as the responding officers engaged in a physical altercation. Four video clips were introduced showing the encounter and Nelson’s dying words of “I can’t breathe,” which drew similarities to the 2014 chokehold death of Eric Garner at the hands of the NYPD.

Adante Pointer of the John Burris Law Firm, stated to KTVU-News: “This is the West Coast Eric Garner case. Mr. Nelson literally said ‘I cannot breathe,’ and the officer ignored his pleas. This was a man who was experiencing a medical emergency and he was treated as a criminal suspect. Just because you have a mental health issue, just because you have used some narcotics, doesn’t give police the right to kill you.”

An autopsy declared that Nelson’s death was accidental and a result of cardiac arrhythmia, along with acute methamphetamine and amphetamine intoxication associated with physical exertion.

The officers involved in the death are Michelle Hall, Nathanael Shannon, Matthew McCrea, and John Padavana, and were cleared of any culpability by an internal affairs investigation. This sparked the family to file a wrongful death lawsuit against the city of Hayward and the officers involved on December 19, 2015.

Video of the encounter can be seen below: