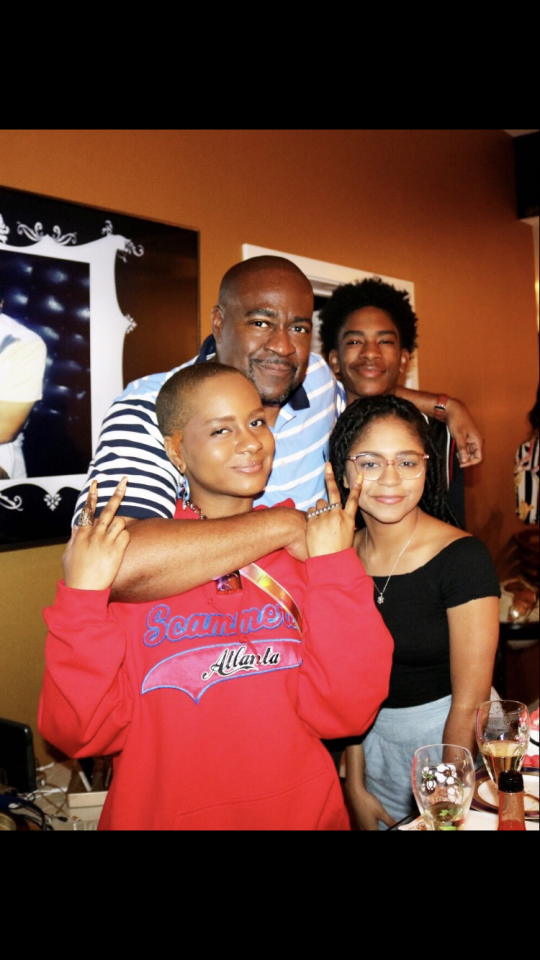 Jerry Clark and his children (Photo courtesy of Joi Alexander)

A native of Chicago, Jerry Clark is a seasoned on-air personality, philanthropist and former music executive. Amongst all of these titles, Jerry has one more: father. Rolling out sat down with Jerry to discuss fatherhood from his perspective.

As a father & life coach describe your playbook.

My playbook is simple… Act as if your children are always watching. The old saying: “Kids will be what they see,” is something I based my fatherhood after. I consistently attempt to be the man [and] father that my daughters are proud of and my son wants to be.

Finish the sentence: Never give up on yourself because…
Never give up on yourself because GOD has an interesting way of bringing you out of every situation. No matter how dire [or] low it may seem. I’ve learned to fall back on my spiritual foundation when times get rough.
Share one of your fondest memories you’ve experienced with your father, grandfather or father figure.
One of my fondest memories with my Father was always just watching him interact with my kids. Watching the joy and delight in his face whenever he was in their presence. With him passing in 2016, I try and think about as many positive times we had with him on a daily basis.
From a father’s perspective, what two books would you recommend every child read?
Between the World and Me by Ta-Nehishi Coates and The Autobiography of Malcolm X are books I recommend. Both are great reads.
What insightful advice would you suggest about building a network?
Building a network both personally and professionally is all about establishing relationships. I constantly stress to all three of my children how to cultivate great relationships, which in turn creates a foundation for a great network.
Name one life lesson that no one taught you, but you should have.
How to get up after being knocked down. I’ve been knocked down a bunch of times and had to figure out how to get back up and regain losing it all.