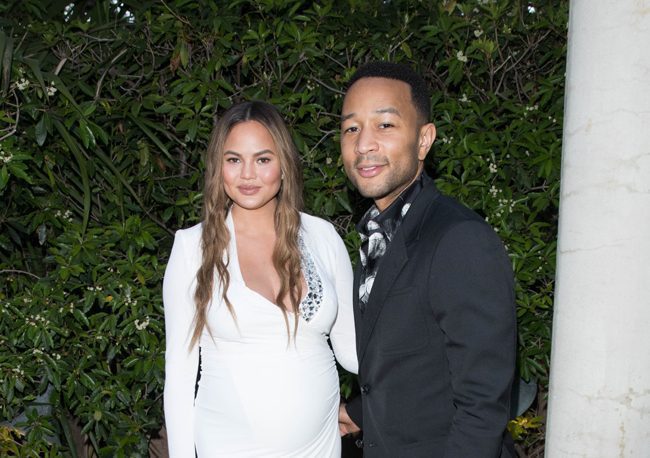 John Legend admitted he was “wrong” as he apologized to Chrissy Teigen on stage.

The “All of Me” singer joined his wife on stage during a discussion at Cannes Lions Festival on Tuesday, June 18, 2019, after she admitted they had been “fighting all day.”

He said: “I stepped on her foot twice, and I spoke without knowing my schedule and said I could go to an event with her but I couldn’t go to it once I looked at my schedule. I was wrong!”

During a subsequent Q&A, the couple opened up about their relationship and the 33-year-old model’s sense of humor on Twitter.

She asked John, 40, if he ever gets “made” over things she says on social media, given her honesty on the platform.

He replied: “She trolls me on Twitter sometimes, but I feel like it’s all in good fun. I don’t get offended by it. She’s really funny, and that’s why I love her.”

The couple’s quarrel comes after Teigen previously revealed to Good Housekeeping magazine that she and Legend do have the occasional argument over “scheduling and communication” but insisted their tiffs never last for long because they’re both the kind of people who like to say sorry.

She said earlier this year: “It helps that John and I fight very differently. I get very passionate and loud, and he’s very much a diffuser. But in the end, we’re both apologizers; we don’t like to dwell on the same thing.

“A lot of our fights revolve around — we don’t have them often — scheduling, communication, or ‘You told me this, but I was holding Luna, and I was baking cookies at the same time, how was I supposed to listen to this and have a conversation?!’ “