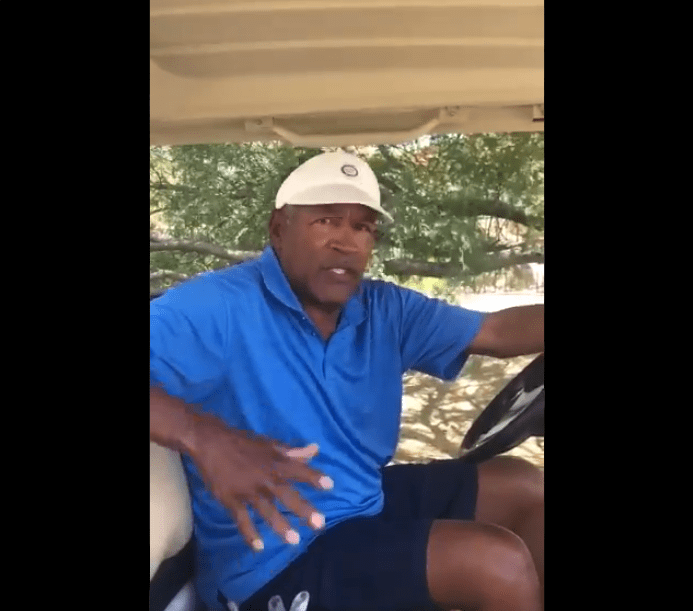 As the investigation and national media coverage of O.J. Simpson ratcheted up in intensity regarding the murders of Nicole Brown Simpson and Ronald Goldman, Simpson turned to another icon to procure a bastion of peace.

On the 10th anniversary of the death of Michael Jackson, Simpson regaled his 820,000 Twitter followers with stories of how his life would intersect with the King of Pop’s at regular intervals.

Ironically enough, this is about the time of the 25th anniversary of the Brown-Goldman murders. And in 1994, Simpson was feeling under siege by investigators, journalists (and some would say feelings of guilt) when he sought refuge at another friend’s home.

That’s about the time when MJ called him to let him know that he could stay at his Neverland ranch to get away from the prying eyes of the media, which Jackson was all too familiar with. Besides, Neverland was located in a distant Los Angeles suburb that was mostly inaccessible to the public.

“My house was under siege by the media, Simpson stated in his latest Twitter post. “Michael found out, he called me, he said, ‘O.J.! You’ve gotta take the kids up to Neverland Ranch. They’d love it!’ And I did.”

The experience was better than Simpson could have imagined. He enjoyed it so much, Simpson returned repeatedly during that tumultuous time period.

“And it was wondrous. The kids would come up, they would bring some of their friends. It was so great that I started bringing my adult friends up there. Michael was never there, but he always had gifts for the kids.”

Simpson finished waxing poetically by stating that he can never debate anyone about Jackson’s alleged personal peculiarities and perceived perversions. Simpson would only say MJ was always kind and generous to him and his family.

Check out the full video post below as Simpson prepares to hit the greens.