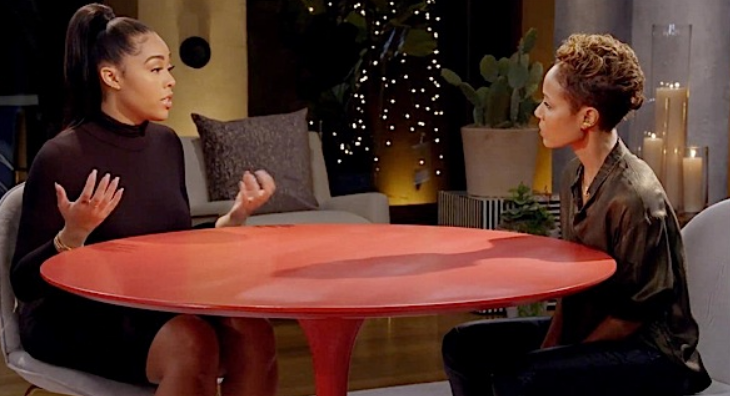 Jada Pinkett Smith makes it clear that she did not want to have Jordyn Woods as a guest on the blockbuster “Red Table Talk” episode that melted the internet and became the highest-rated Facebook Watch show ever.

The Jordyn Woods-Tristan Thompson cheating scandal was just too poignant and too close to home for Pinkett Smith’s comfort. Woods has long been a close family friend of the Smiths, as her father was a sound engineer on Will Smith’s “Fresh Prince of Bel-Air” in the 1990s.

But Pinkett Smith’s husband Will’s and Woods’ repeated requests wore her down.

“Jordyn really felt like it was the only safe place that she could do that interview. It actually wasn’t something I wanted to do, because it was very close [to home], but as time transpired, Jordyn was just like, ‘I really need you in this platform’ and Will [Smith] felt like it was supremely important,” she said. “So I was like, ‘OK, let’s do it.'”

The show meant even more than that for Woods. The 21-year-old was able to tell her side of the story and fight back against the Kardashian PR machine that was relentless in its pursuit to destroy Woods. It also humanized the model and opened Woods up to international money-making opportunities.

“That was my intention, honestly,” Pinkett Smith said.

“I just wanted her to have a platform to tell her story,” she said. “That’s it. She’s a young, beautiful woman inside and out, and me having been a young girl, we sometimes get in situations that we don’t necessarily know how to handle… You just [try to] help young girls navigate through life, through difficult situations we’ve all come across.”