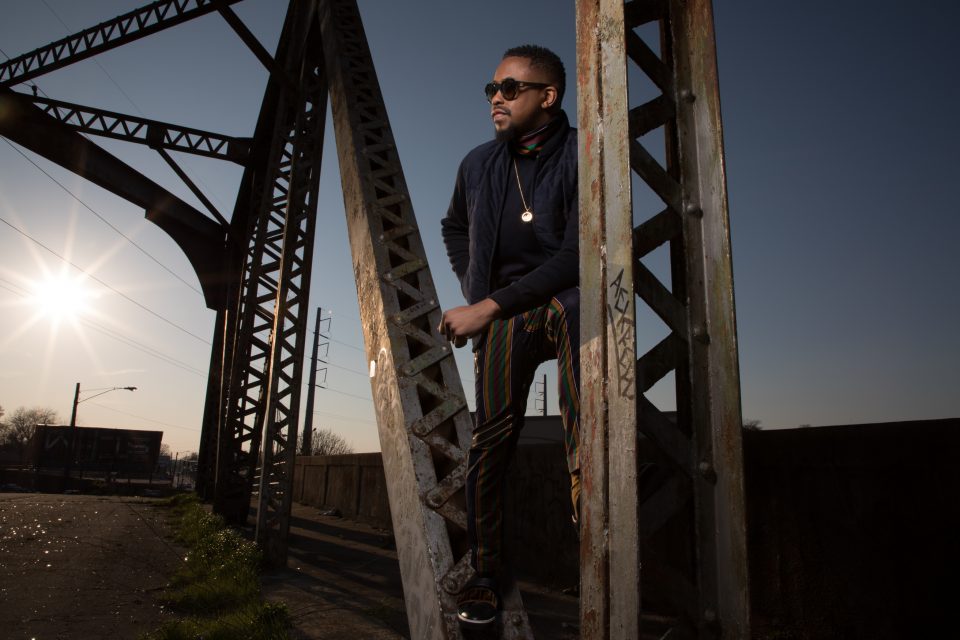 Raheem DeVaughn has been known for making soulful, love-making music. The singer dubbed the “Love King” is back with his seventh studio album, “The Love Reunion,” which is slated to drop Friday, June 28.

Fans can expect to hear DeVaughn celebrating Black women on the song “Black Girl Magic,” and indulges lovers with sultry bedroom music on the song “Any Everywhere.” This is real R&B music.

Rolling out sat down with DeVaughn to discuss the new project and his charitable involvement.

My sound is eclectic but iconic. I have carved out my own lane lyrically and arrangement-wise. At this point, I probably would classify it as new millennium soul and new millennium R&B.

How has music changed since you’ve been singing?

The biggest thing for me is the sacrifice. It is a major sacrifice to do what I do when you are dealing with family, children and trying to maintain relationships. As far as music and my craft, I am on cruise control with that. That part I have figured out.

Where did the nickname “Love King” come from, and why do you call yourself that?

At this point, it is not about what I call myself; it is what the people call me. Therefore, that is what they call me in the industry. I started the hype because at the time I was reinventing my brand.

Let’s talk about your latest project “The Love Reunion.” What was the inspiration behind it?

Just wanting to make good music, kind of like diversifying my sound. There has been a lot of talk about R&B, what R&B is, who is the king of R&B and just these conversations about R&B. I want to give all genres of music — Afrobeat, jazz and R&B. I am just scratching the surface with what I am going to be doing musically.

You have acted in stage plays. Will we see you doing more of that as well as in any TV shows or movies?

Definitely, there will be movies coming at some point and stage plays as well. There is a movie called Love Dot Com that was just aired at the [American] Black Film Festival in Miami that I am in it … and I have been reading and auditioning for roles.

Tell us about your charity, LoveLife Foundation, and your partnership with the Healthy Housing Foundation.

The healthy housing foundation was launched by the AIDS Healthcare Foundation. It is to combat the alarming rate [at which] people were displaced in Los Angeles due to many factors. We did an event during BET weekend for some parents and 15 boys and girls that we gave makeovers. They received gift [packages] from The Marathon store. Kimberly Kimble, who is a celebrity hairstylist, is also a partner of mine and a part of the event.

There is something in the works for a major tour, so I am just getting ready for that and marketing and promoting my new album.