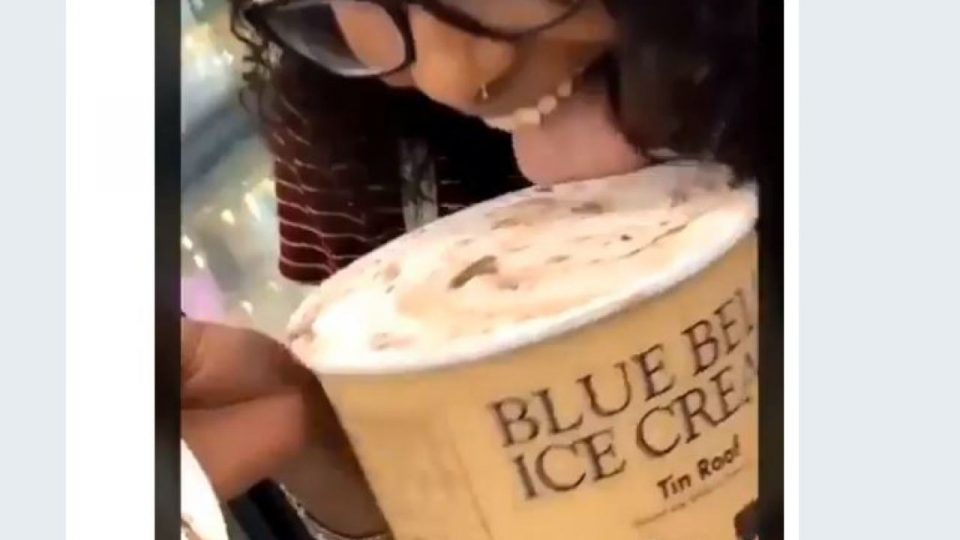 A woman who performed a prank involving ice cream could face 20 years in prison.

On July 4, 2019, Lufkin Police Department revealed that the woman who opened a container of Blue Bell ice cream, licked it and put it back on a freezer shelf will face serious charges, according to WTHR.

On, Friday, June 28, the unidentified woman opened a container of ice cream, ran her tongue across the ice cream, and put it back in the freezer at a Walmart in Lufkin, Texas. The incident was recorded on video and has since gone viral after it was uploaded to several social media platforms.

If arrested, the woman could face a second-degree felony charge of tampering with a consumer product. The charge comes with a two- to 20-year prison term and up to $10,000 in fines in Texas.

Furthermore, the woman could also face federal charges if the FDA gets involved with the case.

In a statement, Blue Bell Creameries, the ice cream brand the woman licked, called the incident a “malicious act of food tampering.”

Police have yet to apprehend the woman suspected of the crime.

View video after the jump.